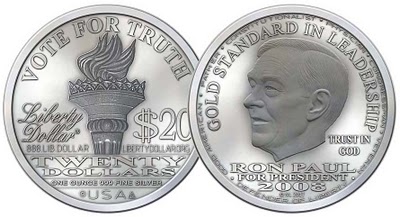 
Gary Franchi, in the first five minutes of the 3/1/2011 Franchi Reality Report (1/2 hour you tube video), interviews Rob Gray, the Executive Director of the American Open Currency Standard, who, along with G. Edward Griffin, Ron Paul, and 80 others, was subpoenaed by Bernard von NotHaus of Liberty Dollar fame, to testify for the defense in Bernard's upcoming criminal trial in Statesville, North Carolina.

Thanks for helping to get the word out!