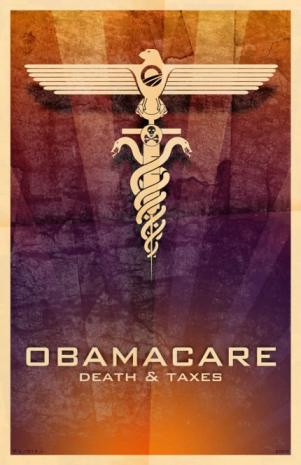 There Is Medical Cost Shifting, but Not What You Think

John F. Cogan, R. Glenn Hubbard and Daniel Kessler have it completely wrong on the "cost shifting" of health care from the uninsured to the insured ("ObamaCare and the Truth About 'Cost Shifting'," op-ed, March 11). It is not the insured who pay a price for the uninsured, it is the opposite.

A patient of mine without insurance was billed $3,750 for an MRI of the brain. That was the imaging center's customary and "reasonable" fee for those who pay cash. With my intervention, the bill was reduced to $500, approximately what Medicaid pays for the procedure, and that only after I'd done tons of paperwork. My son had outpatient ankle surgery which lasted all of three hours from the moment he entered the hospital to the time he left. The cost: approximately $17,000. I have been assured that if I put up a sufficient stink, the hospital will roll it down to what Blue Cross would have paid for it, about $6,000. The same surgery in India, where there is little health insurance, would have cost less than $1,000. If I pay the full $17,000, I will surely be subsidizing the cost of the insured in that hospital.

Health insurance has made it virtually impossible for the uninsured to get any reasonable care without spending a fortune. Instead of increasing the number of the insured, a more sound strategy would be to stop all subsidization of health insurance through government intervention and tax money. The uninsured will get better treatment at a fraction of what they pay now if market forces are allowed to bear freely upon the supply and demand of health care.

ObamaCare should be limited to opening Department of Veterans Affairs-style clinics and hospitals, where the truly poor can receive reasonable care using a sliding scale to assess their portion of the bill.

The authors argue that "cost shifting"—higher prices charged by doctors and hospitals to recover losses from uncompensated care—does not contribute significantly to the overall cost of health care. Nonsense.

As a physician in practice for over 30 years, I have seen countless ways that hospitals and doctors make up for lost revenue. Some doctors see more patients, rarely a good idea for either. Others succumb to up-coding: bypass surgery and stents instead of medication, total joint replacement over a cortisone injection, Mohs surgery for skin cancers rather than a simple scrape and cautery. In each of these cases, which represent just the tip of the iceberg, we're talking about thousands of dollars difference. And who pays? Patients, insurance companies and the taxpayers. Pretty shifty, huh?

Doctors and hospitals certainly do not pass their lost fees onto insurance companies, which cap their payments in any case. However, the truth is that the uninsured "not-so-poor" are asked to pay medical bills significantly higher than identical covered services of the insured. When these exorbitant bills remain unpaid or compromised, providers write them off as a "loss," entirely on paper of course.

1 Comments in Response to There Is Medical Cost Shifting, but Not What You Think

So very true that hospitals will attempt to make up their costs by charging uninsured patients more than those hospitals receive from Medicare and private insurance companies.

One of my and husband Paul Wakfer's experience with this is described in detail in the article I put together back in May 2008 in "Health Care Provision Responsibility and Social Preferencing - A Personal Example"
at http://selfsip.org/focus/healthcareexample.html  What we did about the charges and why is detailed.

We continue to be technically uninsured, but in reality self-insured by our practices and our assets.
Make a Comment (1) • Email Link • Send Letter to Editor • View for Print