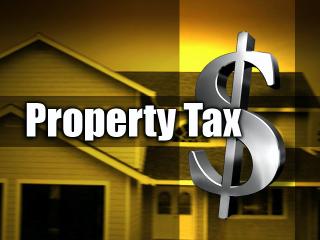 Anyone who thinks voter anger over tax increases, arrogant government officials and outsized public employee pay has died down should look at what happened in Miami on Tuesday. Mayor Carlos Alvarez, a Republican, was recalled by a vote of 88% to 12%. County commissioner Natacha Seijas was tossed out by a similarly lopsided margin. Hosni Mubarak wouldn't have lost an election by that much.

What incited the voter eruption was Mr. Alvarez's mishandling of a budget crisis and $400 million deficit. Instead of tightening spending, the mayor and city council approved an intensely unpopular 14% property tax increase to raise $178 million—though home values in south Florida have collapsed by as much as half. He supported pay raises for public employees, who already pull in more than the average Miami resident, and at a time when family incomes have been flat or falling. He padded the six-figure salaries of his staff because, he claimed, their work load had increased.

Mr. Alvarez also spent lavishly on himself (salary and benefits of more than $300,000 a year) and he rode around town in a taxpayer financed BMW 55 Gran Turismo, which became a symbol of reckless spending. The mayor also angered voters by providing up to $500 million of public financing for a new Florida Marlins baseball stadium.

What really seems to have sent the recall into nearly unanimous territory is that the mayor and his government used both taxpayer and union funds to finance their fight to stay in office. Government agencies joined public employee unions to launch a PR blitz defending the mayor, the tax hike and the pay increases. Thousands of transit, water and sewer and park department employees received pay for the time they were deployed in an "education" campaign to retain the mayor and keep the tax increase. When the county manager was asked about this use of scarce tax dollars, he responded: "What are we supposed to do? Surrender?"

The recall campaign was partly financed by billionaire Norman Braman, who once owned the Philadelphia Eagles, but Republicans may want to take note that among the voters most enraged by the taxes and government extravagance were low- and middle-income Hispanics. Thousands of residents wore shirts and carried signs saying "vote si."

Union protesters in Madison, Wisconsin have commanded the headlines of late, but what happened in Miami on Tuesday is a reminder that the taxpayer revolt against elected officials who treat voters like cash dispensers is alive and well. Every Governor and Member of Congress should be warned.

Has Bob Iger Brokered a Truce With Florida?

How California is trying to tax residents in OTHER states

Georgians can claim an embryo as a dependent on tax returns