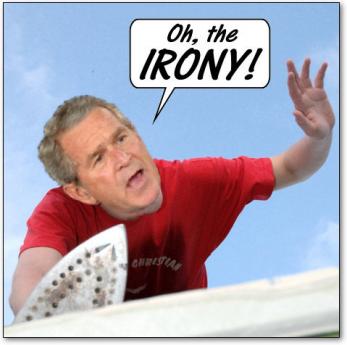 The theory is: expanded by the American ideal of government, that the "PEOPLE" of a nation can, threw elections, run a country.  This ideal is flawed in countries where the government in that country have been destroyed by outside forces.  Where the actual people have not been willing to overthrow the in place government using their wealth, futures and blood.

In both Iraq and Afghanistan, the United States (90% US power) removed the leadership of both nations but did not include the real people who will have to make a stand, in blood as to who and what kind of government they support.  Add to this political mess, the individuals, the warriors that supported the governments the US ousted were not defeated, killed or destroyed, but slipped away with their ideals and weapons intact.  This leaves the sheep who were willing to complain between the military of the US and the rulers in the night, both with weapons and both willing to use them.......

Today, the O\'man has stated he will defeat the fighters in Afghanistan with the military force that is being thrown out of Iraq.  O\'man is wrong.  O\'man is unwilling to fight the real terrible battles that will have to be fought.  He is unwilling to understand the social and political values he is faced with because he is using a poorly educated in American ideals against a group that is wealthy, trained and backed by Russian, China and the Arab nations.

What we have today are people as willing to fight for their lands as George Washington.  We have individuals, tribes and now a growing nationalism ideal being supported as the rebels in America were by France, with leadership and supplies.  We are not facing a single Hitler, who had strong factions against him, but tribal and growing nationalism that does not recognize the boarder with Pakistan and wants a United country under their own leadership.

Or, we could just mind our own damned business!

2 Comments in Response to Real Power vs voting

And let's not forget that we are also willing to send in the drones and kill every bride, every groom and their respective families as well as the attendees to every wedding.  If that doesn't end terrorism and win us the admiration and the support of the Afghan peple, nothing will.

A more ignorant letter than that I haven't read since...well...since the last one I read here written by an equally ignorant & brainwashed sheep.