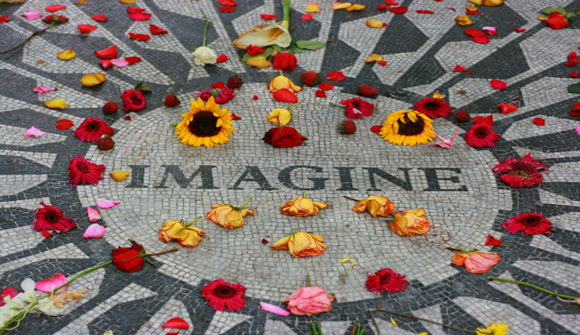 1. John Lennon at 80: One Man Against the Deep State 'Monster'

"You gotta remember, establishment, it's just a name for evil. The monster doesn't care whether it kills all the students or whether there's a revolution. It's not thinking logically, it's out of control."—John Lennon (1969)

John Lennon, born 80 years ago on October 9, 1940, was a musical genius and pop cultural icon.

He was also a vocal peace protester and anti-war activist, and a high-profile example of the lengths to which the Deep State will go to persecute those who dare to challenge its authority.

Long before Julian Assange, Edward Snowden and Chelsea Manning were being castigated for blowing the whistle on the government's war crimes and the National Security Agency's abuse of its surveillance powers, it was Lennon who was being singled out for daring to speak truth to power about the government's warmongering, his phone calls monitored and data files illegally collected on his activities and associations.

For a while, at least, Lennon became enemy number one in the eyes of the U.S. government.

Years after Lennon's assassination it would be revealed that the FBI had collected 281 pages of files on him, including song lyrics. J. Edgar Hoover, head of the FBI at the time, directed the agency to spy on the musician. There were also various written orders calling on government agents to frame Lennon for a drug bust. "The FBI's files on Lennon … read like the writings of a paranoid goody-two-shoes," observed reporter Jonathan Curiel.

As the New York Times notes, "Critics of today's domestic surveillance object largely on privacy grounds. They have focused far less on how easily government surveillance can become an instrument for the people in power to try to hold on to power. 'The U.S. vs. John Lennon' … is the story not only of one man being harassed, but of a democracy being undermined."

Indeed, all of the many complaints we have about government today—surveillance, militarism, corruption, harassment, SWAT team raids, political persecution, spying, overcriminalization, etc.—were present in Lennon's day and formed the basis of his call for social justice, peace and a populist revolution.

For all of these reasons, the U.S. government was obsessed with Lennon, who had learned early on that rock music could serve a political end by proclaiming a radical message. More importantly, Lennon saw that his music could mobilize the public and help to bring about change. Lennon believed in the power of the people. Unfortunately, as Lennon recognized: "The trouble with government as it is, is that it doesn't represent the people. It controls them."

However, as Martin Lewis writing for Time notes: "John Lennon was not God. But he earned the love and admiration of his generation by creating a huge body of work that inspired and led. The appreciation for him deepened because he then instinctively decided to use his celebrity as a bully pulpit for causes greater than his own enrichment or self-aggrandizement."

For instance, in December 1971 at a concert in Ann Arbor, Mich., Lennon took to the stage and in his usual confrontational style belted out "John Sinclair," a song he had written about a man sentenced to 10 years in prison for possessing two marijuana cigarettes. Within days of Lennon's call for action, the Michigan Supreme Court ordered Sinclair released.

What Lennon did not know at the time was that government officials had been keeping strict tabs on the ex-Beatle they referred to as "Mr. Lennon." Incredibly, FBI agents were in the audience at the Ann Arbor concert, "taking notes on everything from the attendance (15,000) to the artistic merits of his new song."

The U.S. government, steeped in paranoia, was spying on Lennon.

By March 1971, when his "Power to the People" single was released, it was clear where Lennon stood. Having moved to New York City that same year, Lennon was ready to participate in political activism against the U. S. government, the "monster" that was financing the war in Vietnam.

The release of Lennon's Sometime in New York City album, which contained a radical anti-government message in virtually every song and depicted President Richard Nixon and Chinese Chairman Mao Tse-tung dancing together nude on the cover, only fanned the flames of the conflict to come.

The official U.S. war against Lennon began in earnest in 1972 after rumors surfaced that Lennon planned to embark on a U.S. concert tour that would combine rock music with antiwar organizing and voter registration. Nixon, fearing Lennon's influence on about 11 million new voters (1972 was the first year that 18-year-olds could vote), had the ex-Beatle served with deportation orders "in an effort to silence him as a voice of the peace movement."

Then again, the FBI has had a long history of persecuting, prosecuting and generally harassing activists, politicians, and cultural figures. Most notably among the latter are such celebrated names as folk singer Pete Seeger, painter Pablo Picasso, comic actor and filmmaker Charlie Chaplin, comedian Lenny Bruce and poet Allen Ginsberg.

Among those most closely watched by the FBI was Martin Luther King Jr., a man labeled by the FBI as "the most dangerous and effective Negro leader in the country." With wiretaps and electronic bugs planted in his home and office, King was kept under constant surveillance by the FBI with the aim of "neutralizing" him. He even received letters written by FBI agents suggesting that he either commit suicide or the details of his private life would be revealed to the public. The FBI kept up its pursuit of King until he was felled by a hollow-point bullet to the head in 1968.

While Lennon was not—as far as we know—being blackmailed into suicide, he was the subject of a four-year campaign of surveillance and harassment by the U.S. government (spearheaded by FBI Director J. Edgar Hoover), an attempt by President Richard Nixon to have him "neutralized" and deported. As Adam Cohen of the New York Times points out, "The F.B.I.'s surveillance of Lennon is a reminder of how easily domestic spying can become unmoored from any legitimate law enforcement purpose. What is more surprising, and ultimately more unsettling, is the degree to which the surveillance turns out to have been intertwined with electoral politics."

As Lennon's FBI file shows, memos and reports about the FBI's surveillance of the anti-war activist had been flying back and forth between Hoover, the Nixon White House, various senators, the FBI and the U.S. Immigration Office.

Nixon's pursuit of Lennon was relentless and in large part based on the misperception that Lennon and his comrades were planning to disrupt the 1972 Republican National Convention. The government's paranoia, however, was misplaced.

Left-wing activists who were on government watch lists and who shared an interest in bringing down the Nixon Administration had been congregating at Lennon's New York apartment. But when they revealed that they were planning to cause a riot, Lennon balked. As he recounted in a 1980 interview, "We said, We ain't buying this. We're not going to draw children into a situation to create violence so you can overthrow what? And replace it with what? . . . It was all based on this illusion, that you can create violence and overthrow what is, and get communism or get some right-wing lunatic or a left-wing lunatic. They're all lunatics."

Despite the fact that Lennon was not part of the "lunatic" plot, the government persisted in its efforts to have him deported. Equally determined to resist, Lennon dug in and fought back. Every time he was ordered out of the country, his lawyers delayed the process by filing an appeal. Finally, in 1976, Lennon won the battle to stay in the country when he was granted a green card. As he said afterwards, "I have a love for this country.... This is where the action is. I think we'll just go home, open a tea bag, and look at each other."

Lennon's time of repose didn't last long, however. By 1980, he had re-emerged with a new album and plans to become politically active again.

The old radical was back and ready to cause trouble. In his final interview on Dec. 8, 1980, Lennon mused, "The whole map's changed and we're going into an unknown future, but we're still all here, and while there's life there's hope."

The Deep State has a way of dealing with troublemakers, unfortunately. On Dec. 8, 1980, Mark David Chapman was waiting in the shadows when Lennon returned to his New York apartment building. As Lennon stepped outside the car to greet the fans congregating outside, Chapman, in an eerie echo of the FBI's moniker for Lennon, called out, "Mr. Lennon!"

Lennon turned and was met with a barrage of gunfire as Chapman—dropping into a two-handed combat stance—emptied his .38-caliber pistol and pumped four hollow-point bullets into his back and left arm. Lennon stumbled, staggered forward and, with blood pouring from his mouth and chest, collapsed to the ground.

John Lennon was pronounced dead on arrival at the hospital. He had finally been "neutralized."

Yet where those who neutralized the likes of John Lennon, Martin Luther King Jr., John F. Kennedy, Malcolm X, Robert Kennedy and others go wrong is in believing that you can murder a movement with a bullet and a madman. Rest of story here

Corona...I Don't Thunk it Means What You Think it Means

Resistance is not Futile

So You Say You Want a R3VOlution

Corona and Masks Are A Distraction

Tyranny IS the Virus

...and the Greatest if These is LOV3

Masks Are A Test of Compliance

Covid Is Not A Death Sentence

Corona is Over...If You Want It

3. The U.S. vs. John Lennon - The story traces John Lennon's life from the period 1966 to 1976, where Lennon transforms into an antiwar activist, one in constant conflict with the U.S. government and its views. 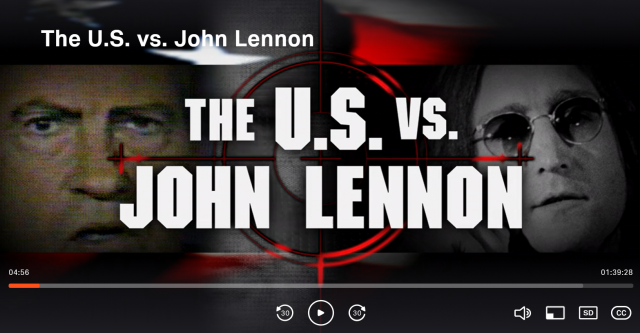