1 - Venkatesh Geriti and Raghavendar Askani (aka 'Ravii') both from India, join Glenn Cripe (Language of Liberty) to talk about freedom, Liberty Camps, etc... 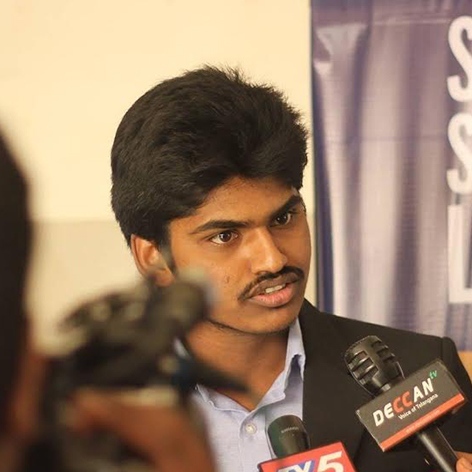 Venkatesh is a social entrepreneur known for being an anti-corruption activist and promoting ideas and policies of classical liberalism. He is the founder and president of Swatantrata Center, an Indian non-profit organization based in Hyderabad that promotes ideas and policies that empower human flourishing.

Previously, he started India's Future Foundation, helped Students for Liberty start in South Asia with a south India chapter, and helped found Youth for Better India, which has become influential in the anti-corruption movement.

In 2019, Venkatesh received the Karmaveer Chakra Award from ICONGO and the United Nations, which recognizes "commitment and relentless courage by walking the path less trodden and initiating a wave of change in society".
Venkatesh received the Delhi Youth Award 2017 from the India Youth Foundation for his work with India's Future Foundation. He was also the finalist for the International Youth Icon Award 2014 by the Kafka Development Organization. In 2017, the Center for Civil Society (Delhi) included him in their "20 Years – 20 Champions" program that recognizes and celebrates contributors to a freer society.

A social enterprise that promotes choice and opportunity for all individuals to build a decent life with dignity.

We believe in ideas that are particularly important for understanding and supporting the good society — a pluralistic society in which intellectual and economic progress is the norm, and where individuals flourish in a context of openness, voluntary and peaceful cooperation, and mutual respect. 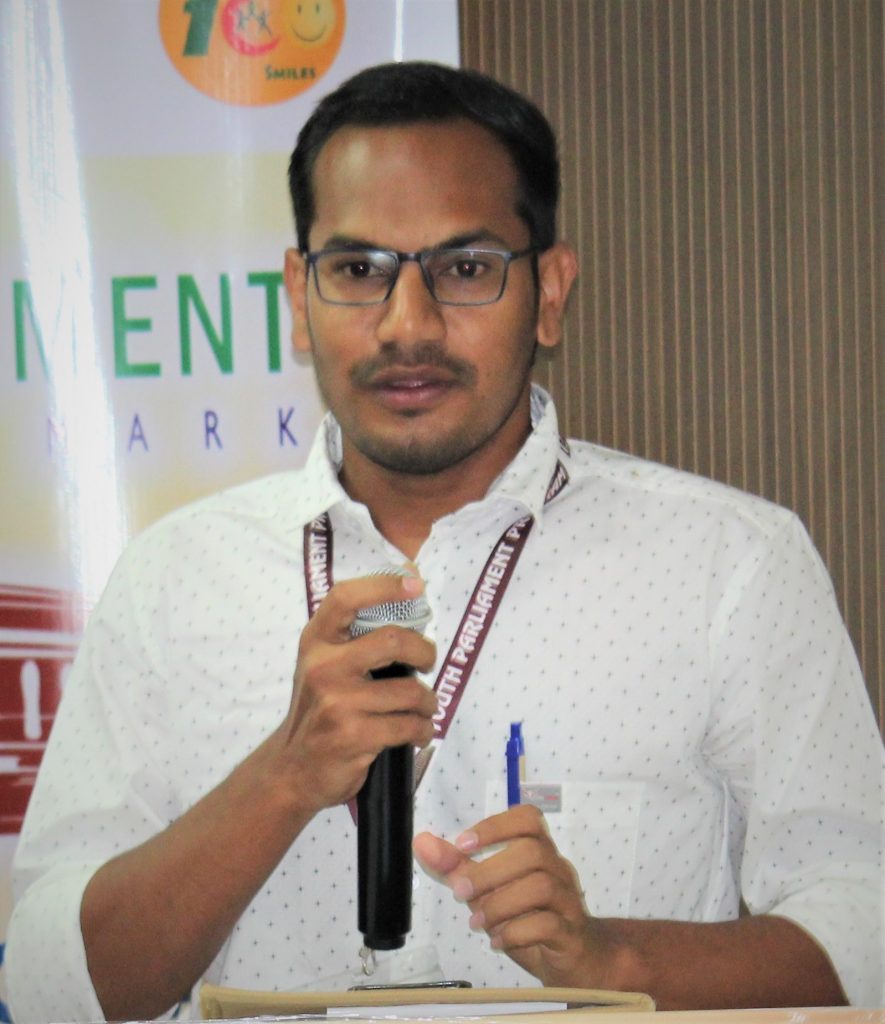 Raghavendar is an social entrepreneur, classical liberal and an activist, He is the Founder of Youth Parliament Program (YPP) and Co-founder and Director of Swatantrata Center, an Indian non-profit organization based in Hyderabad, India that promotes ideas and policies that empower human flourishing.

Previously, he secured a Post Graduation degree in Economics from Osmania University. Extremely passionate about social service, He actively participated in various social activities since his intermediate. He has been a part of student unions, non-profit organizations like youth organizations, research think tanks, and a few International networks.

Raghavendar was awarded the Youth Inspiration Award for the Anti-corruption movement from United Hands Society for the People in 2012 and Public Citizen Award from People Action for Social Service in 2016. He received 'REX Karmaveer Chakra Award' and e-REX Global Youth Fellowship (e-RKGYF 2020-2021) in association with The Campus Connect instituted by United Nations (UN) for his ingenious works on youth empowerment, civic engagement, policy education, advocacy, and liberal solutions

Raghavendar helped Students for Liberty start activities in Andra Pradhesh and headed a south India chapter. He worked as National Co-Ordinator of Youth for Better India, one of the most influential youth organizations in the anti-corruption movement and Askani worked for and Loksatta / Foundation for Democratic Reforms (FDR), Prior to this, He is a Development consultant who worked with various Indian and international non-profits organizations that work in areas of policy development, economic growth, and Entrepreneurship education. He represented various Indian organizations in more than 20 international conferences and workshops in the United States, Germany, Belgium, Poland, Italy, Malaysia, Hong Kong, France.

The Language of Liberty Institute organizes Liberty Camps (aka Liberty English Camps, or Liberty Entrepreneurship Camps) in developing countries, where we offer a unique combination of

At each Liberty Camp, students expand their knowledge of classical liberal ideas, thinkers, and works. They also participate in discussions, debates, workshops, and presentations on these topics, thereby gaining more opportunities to practice speaking English.

We offer several types of workshops at our Liberty Camps, all emphasizing the application of classical liberal philosophy to solving problems now, in real life, and providing practice in giving a professional, business-like presentation in English to the entire group.

Our "entrepreneurship workshop" guides students to plan a new business, develop budgets and marketing strategies, and figure out how to raise money. Our "vision workshop" focuses on preparing a working blueprint for change in students' home countries, emphasizing private, voluntary action to solve local problems such as pollution, unemployment, corruption, or poverty. Our "activism workshop" shows students how to apply effectively their desire to effect change through political processes.

Each Liberty Camp attracts 20-40 students, mostly from the local area, plus nearby countries. Our staff (teachers, organizers, and other visitors) typically numbers 6–10. Since our beginning in 2005, over 3100 students from 30 countries have enjoyed the unique Liberty English Camp experience.

We owe much of our success to the efforts of our local partners, and thanks to donations coming from people and institutions.

To prepare individuals to develop the civil institutions of free societies, whether in emerging democracies, developing countries, or over-regulated and over-governed countries of the West.

What Does "Language of Liberty" Mean?

This term in general refers to the words that have inspired freedom fighters everywhere throughout history. Examples are works by Bastiat, von Mises, Hayek, Jefferson, Friedman, and Rand.

Today, the English language is also the language of liberty: if you know English, you have more opportunities in life, thus more freedom. All our programs are conducted in English.