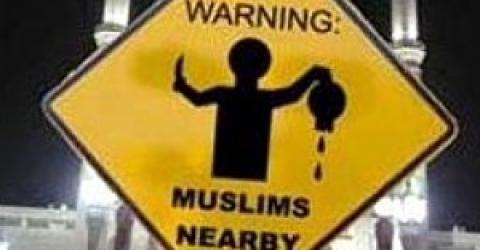 First the bear explains that all Jews must be "erased from our land." Later in the conversation he adds, "We want to slaughter them, Saraa, so they will be expelled from our land." He repeats, "...We'll have to [do it] by slaughter." He first uses the Arabic expression for "slaughter," "Nidbah-hom," and later on uses the word "Shaht." The following is the transcript from the children's program Tomorrow's Pioneers: Nassur: "There won't be any Jews or Zionists, if Allah wills. They'll be erased." Saraa: "Chased away." Nassur: "And just like we will visit the Qaaba [in Mecca]... everyone will visit Jerusalem." [Seven-year old Palestinian child on phone tells how his father, a member of the Hamas Al-Qassam Brigades, "died as a Shahid (Martyr)."] Nassur to child on phone: "What do you want to do to the Jews who shot your father?" Child on phone: "I want to kill them." Saraa: "We don't want to do anything to them, just expel them from our land." Nassur: "We want to slaughter (Nidbah-hom) them, so they will be expelled from our land, right?" Saraa: "Yes. That's right. We will expel them from our land using all means." Nassur: "And if they don't want [to go] peacefully, by words or talking, we'll have to [do it] by slaughter." (Shaht) [Al-Aqsa (Hamas) TV, Sept. 22, 2009

For me, it is hard to not sympathize with the Palestinians on this.  While I consider their idea of pushing the Zionists off of their land unlikely, and must point out that obviously Allah wants them there by their own logic, they have every right to be angry over the wholesale indifference of the world to the continual thievery and repression being perpetrated upon them.  But clearly they need to try something different if the past 60+ years is any indication.

The 'War On Terror' Comes Home