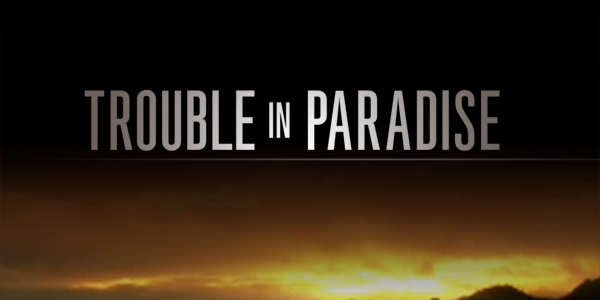 Their kingdom long ago overthrown, Native Hawaiians seeking redress are closer than they've ever been to reclaiming a piece of Hawaii.

Native Hawaiians are the last remaining indigenous group in the United States that hasn't been allowed to establish their own government, a right already extended to Alaska Natives and 564 Native American tribes.

3 Comments in Response to Native Hawaiian government may become reality

Sorry, this is just me continuing, I was afraid the session would run out and kill my post but I will continue.

So there we are in Maui with a Pua Warrior named Kumi (for short) and we are eating all kinds of yummy food. It turns out that if you feed a hungry Hawai'ian, that really is a solid investment because they will really Aloha all over you. That whole Aloha trip is for real. To call them decent is to apply a Western insult. These people are feaking SAINTS.

My only summative on this one is way back when, these people must have done God a solid. The must have done God a favour. They must have done something to where God said "for this, I will put you in paradise" for many generations but God's favour had a time-limit. We came. And it's not like they didn't have war and ugliness, they had a bunch of it. I think it was king Kameamea that waged bloody war, they say the rivers ran red and the trees cried.

I also know that we are connected to our land and the trees cry when we kill one another. All of the trees in our land say the same. And as a part Wasi, I can feel the growing discontent. As a part 1st Nation, I just see pain and sorrow and suffering. But I think you bring it on yourselves.

Hey, on the books, in "American" standards I am "poor". and make a laughable amount each year and the IRS takes what is left. OK, I live in a comfortable house which I own, I eat chocolate cake for dessert and since I am an elder, I get tobacco and alcohol offerings all the time. Now all the tobacco I use to smoke and pray but the alcohol, man, at the least it's not traditional. And I dunno what it is about alcohol that. On a physiological level it's poisin but man is it fun.

I think that is something you Wasi have forgot: the joy of life. You are so concerned about your IRA and your dream house and you count riches upon what you see when you wake up. Meanwhile the Gods give us, each of us the wealth of the universe.

I think what I see in the modern day militia movement is an expression of love. And I see, along with Russel Means and Dennis Banks and our teachers, that you are the indians now. And I can't think of a worse thing to happen to nicer people. And in a sense, I wish there was some cosmoligical justice being done here that you will now suffer but to hell with that. You are good and decent people. And the principle and the meaning of "aloha" somehow remains equivalid even in this day and age.

Some of the most beautiful words that have been spoken in our universe comes from our own brother Michael Maresco who says "Alhoa Nui Loha" and I have no idea what that specifically means but it sure as hell sounds good.

Way back when, way back in time, when my wife still loved me, we went to Maui. It was so cool. My second wife was so smart that she figiured out that we could rent a Volkswagon Westfalia bus and have our motel room and our rental car in one.

Smart and pretty female got us a bus and we drove it all over Maui and it wasn't long before we found a spot and I dreamed in Hawai'ian and when I woke up, it was true. I was surrounded by Hawai'ians. Not the ones you see on television, the real ones. The Pua Warriors.

So I slid open the door of the bus and said "good morning boy-oes!" and these guys looked like they hand't had breakfast yet but I was the first thing on the menu but pretty wife sang out "are you guys hungry? would you like some food?" and these evil Pua killers said "yes please" and lined up like so many school kids to be fed and blessed by my smart female.

Turns out that in their culture, they respect women a bunch and if you feed somebody, that's a real treat in their culture so we told them our storey, we're just here to have a good time, and they assigned Kumi to us. Apparently, we had walked into somebody's holy tree or something and we had trespassed so they assigned Kumi to look out for us. They could just as easily killed us and thrown us in the oki but they didn't. They had mercy.

Kumi was full native Hawai'ian and the guy was literally built of muscles and love. In our Western terms he would have been something very close to a sociopath. But in his native Hawai'i, he was very contained and ruled only by women. And I made the mistake one time by asking his name. "I know your name is not just Kumi, what is your real name and what does it mean?"

And Kumi sat down and looked at his feet and said something like this:

"I am Kumi-woopee-doopey-waki-waki-nopey-dopey-something-something-waka-waka from over the hills in the place where they grow lots of tarrow".

It was even longer than that. And then they opened up their arms and simply swollowed us. And the whole island of Maui subsumed us. And we got to hear and listen and eat and swim and fully participte in Maui'ian culture and the food wasn't great (they love McDonalds) but the times were.....man......I have never encountered a people who were so loving. I was so spiritually moved. The second I saw those islands shining like green jewels in the middle of the Pacific Ocean, I started shouting because the land sung to me. From 30,000 feet that land jumped up at me and said "aloha". And it just got better. This land and these people literally wrap their arms around you. Half of the places we were taken to had signs that said "HAOLI KEEP OUT, THIS MEANS YOU" but we were treated literally like royalty and taken to places that were taboo. One place we swam in was an oki that all these electric-yellow fish started swimmig up to me and eating fungus or whatever off my feet and arm pits. It kind of tickled. And all these crabs started in too. I was kind of freaked out. I was like "what are they doing?" and Kumi was like "they are cleaning you" and I was like "that's what they do?" and Kumi was like "yup, that's what they do" and he ripped off his clothes and jumped 30 feet down into the water with me and let the fish nibble on his toes.

And I have never in my life been struck in the way I was in Maui, and I am sorry to say my feet have never left my land, this was a sacrifice because in my traidition, we belong to the land, it owns us, but I got to see, it was confirmed in me that Hawai'ians are a special people, obviously beloved by God or Ya, He put them in a special place, a place so far beyond our imagining, so much did He love them.

I can speak to this issue not because I am any part of Hawai'ian but because I have both native North American roots plus a patriot family, a protestant family, a Congregationalist family and MY DIRECT ANCESTORS ON MY PATRILINEAL SIDE PARTICIPATED IN THE USURPATION OF A LEGITIMATELY CONSTITUTED MONARCHY.

AND WE DID NOT SERVE HUMAN OR CONSTITUTIONAL RIGHTS OR NATURAL RIGHTS, WE FUCKED OVER THE NATIVES. And don't fuck with me unless you want to fuck with Smedley Butler and he and me and Ed will KICK YOUR MOTHERFUCKING ASS.

Let us get one fucking thing clear: Hawai'i was taken by right of military conquest. By all democratic mearusres, a plreblicige was already taken, 85% of Hawai'ians wanted their monarchy to be restored and that means LILUOKALANI.

So much so that my puritan ancestors couldn't handle it and decided, against all of their beliefs that God prospers the righteous, they brought evil, persecution and death so much so that within 50 years of our conquest, 80% of the native Hawai'ians were dead.

And that is nothing. The other part of my non-white blood is Arawak Taino. You killed all of us. There is not a native Taino-speaker left on this planet. You killed us all, you killed every single one of us. Nobody but noboddy spaks Tahi'n anymore.eh...

I know this means something to somebody..

How We Will Win

Is Democracy Just Enslavement With Benefits?!