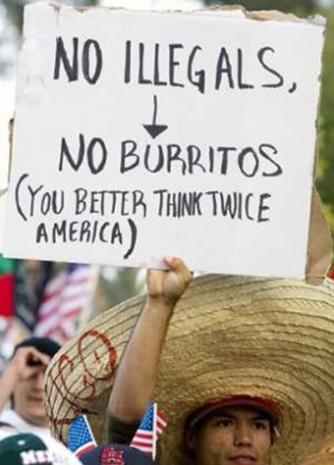 The Justice Department has decided to file suit against Arizona on the grounds that the state's new immigration law illegally intrudes on federal prerogatives, law enforcement sources said Monday.

The lawsuit, which three sources said could be filed as early as Tuesday, will invoke for its main argument the legal doctrine of "preemption," which is based on the Constitution's supremacy clause and says that federal law trumps state statutes. Justice Department officials believe that enforcing immigration laws is a federal responsibility, the sources said.

A federal lawsuit will dramatically escalate the legal and political battle over the Arizona law, which gives police the power to question anyone if they have a "reasonable suspicion" that the person is an illegal immigrant. The measure has drawn words of condemnation from President Obama and Attorney General Eric H. Holder Jr. and opposition from civil rights groups. It also has prompted at least five other lawsuits. Arizona officials have urged the Obama administration not to sue.

"He, 666 has promised to bring the white man down from all levels of power."

What the hell are you on about? 666? You sound like a superstitious moron. For a reasonable explanation (devoid of apocalyptic mumbo-jumbo) about what powers the federal government has over the nation's borders and what powers states hold, please see:

top down so take a hike leave well enough alone

The Department of Justice will do anything to gop along with Obama's anti-white agenda. By allowingg illegal's to cross our borders, Obama and his racist staff in time will make those scum legal residents in order to gain their votes. He, 666 has promised to bring the white man down from all levels of power. Can you see what is happening? COntact your state officials and demand that they take up legislation to cut all state benefits and access top jobs for illegal's including women with children. Send them back with their anchor babies.

As Biden Prepares to Take Office, a New Rush at the Border