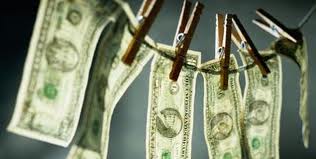 According to the court documents filed today in U.S. District Court for the Southern District of Indiana, Wajdi Birjas, 39, of Evansville, Ind., was a contract employee in the Host Nation Affairs office at Camp Arifjan between approximately 2004 and August 2007. In this position, his responsibilities included identifying Kuwaiti companies able to provide certain goods and services to the U.S. military in Kuwait. Through his work, Birjas had frequent contact with Army contracting officials, including officials who were regularly receiving unlawful payments from individuals who had contracts with, or were seeking contracts from, DoD.

According to court documents, Birjas, acting at the direction of a contractor working in Kuwait, developed corrupt relationships with certain Army contracting officials, including Christopher Murray, James Momon and a sergeant first class deployed to Camp Arifjan as a senior procurement non-commissioned officer (NCO.) By bribing these Army contracting officials in 2005 and 2006, the contractor ultimately received a total of more than $1.7 million in connection with contracts to provide various goods and services to the U.S. military. In exchange for his assistance in the bribery scheme, Birjas received a share of the profits that the contracts generated and was allowed to live rent-free in a villa that contained a hidden safe.

Court documents indicate that Birjas paid Murray approximately $10,000; paid the senior procurement NCO approximately $14,000; and paid the airplane and hotel expenses of a co-conspirator and Momon to celebrate New Year’s eve in Dubai, United Arab Emirates. According to the court documents, Birjas also allowed Momon to hide hundreds of thousands of dollars worth of his bribe money in Birjas’s safe.

Birjas admitted that he agreed to arrange for $250,000 of Momon’s bribe money to be transferred from Kuwait to the United States, after Momon had returned to the United States at the end of his tour. Birjas admitted to working out this agreement with the third Army officer and one of his associates, a former master sergeant in the Army who operated a concession to sell clothing at U.S. military bases in Kuwait. According to court documents, Birjas delivered approximately $85,000 worth of Momon’s bribe money to the former master sergeant for ultimate delivery to Momon.

"It is reprehensible that while the men and women of our armed forces are putting their lives on the line, there are others who are attempting to defraud our government using contracts intended to help provide vital goods and services," said Assistant Attorney General Lanny A. Breuer. "Those who defraud the government – whether they are corrupt officials who accept bribes or fraudsters attempting to game the system - will be prosecuted."

"Cleaning up contract fraud in Southwest Asia, to include bribery and gratuities, is the highest priority for DCIS. While we applaud this result today, it also sets forth a good example of conduct that cannot - and will not - be tolerated," said James Burch, Deputy Inspector General for Investigations, Defense Criminal Investigative Service (DCIS).