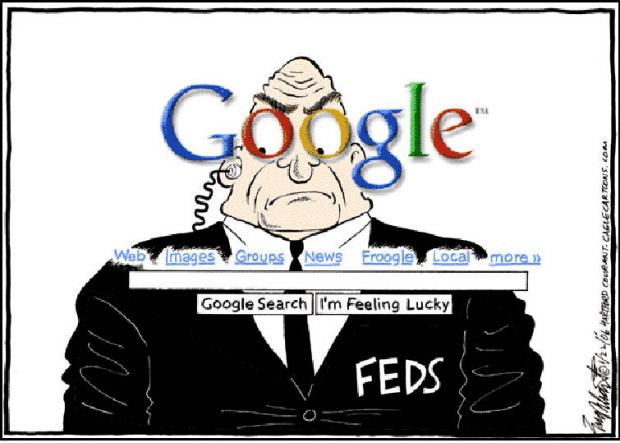 Furious that state involvement in major terror attacks is being exposed to a wider audience than ever before via the Internet, a UK think tank closely affiliated with the Downing Street has called for authorities to infiltrate conspiracy websites in an effort to “increase trust in the government”.

“A Demos report published today, The Power of Unreason, argues that secrecy surrounding the investigation of events such as the 9/11 New York attacks and the 7/7 bombings in London merely adds weight to unsubstantiated claims that they were “inside jobs,” reports the London Independent.

In other words, the fact that the overwhelming amount of evidence indicates that both 7/7 and 9/11 were “inside jobs” of one form or another, and that huge numbers of people are now aware of this via the increasing influence of the Internet, is hampering efforts to commit more acts of terror, therefore the government needs to change its strategy.

In the report, Demos, “Recommends the Government fight back by infiltrating internet sites to dispute these theories.” One of the tools Demos already employs to “fight back” against conspiracy theories is by labeling anyone who challenges the government’s official story as an extremist or a terrorist recruiter.

The strategy mirrors that advocated by White House information czar Cass Sunstein, who in a 2008 white paper similarly called for conspiracy websites to be infiltrated and undermined in order to dilute their influence. In the same report, Sunstein also called for taxing conspiracy theories (any viewpoint that differs with the official version) and outright banning free speech that the authorities disapproved of.

What Demos and Sunstein are essentially calling for is classic “provocateur” style infiltration, updated for the 21st century, that came to the fore during the Cointelpro years, an FBI program from 1956-1971 that was focused around disrupting, marginalizing and neutralizing political dissidents, often using illegal methods.


The fact that governments on both sides of the pond have been caught over and over again habitually lying about everything under the sun, allied to a compliant corporate media that has aided authorities in covering up their misdeeds, has prompted a complete collapse in trust from the people, an effect that is now seriously hampering the state’s efforts to enlist implied consent, with millions of people rebelling against the system through civil disobedience and non-compliance in a myriad of different ways.

That’s why Demos, a mouthpiece for the British authorities, is desperate to infiltrate “conspiracy websites,” ie groups of people who broadcast the truth, in order to “increase trust” in a government that has lost all credibility.

As we have documented, governments all over the world, most notably the U.S. and Israel, already employ teams of agents whose sole job revolves around infiltrating and subverting websites that publish the truth about government corruption and atrocities.

Demos is a front for the insidious Common Purpose network, a group that Lt Cdr Brian Gerrish has exposed as playing a fundamental role in the advancement of Britain’s role in the new world order. Julia Middleton, Chief Executive of Common Purpose, sits on Demos’ advisory council.

Demos was founded in 1993 by marxists Martin Jacques and Geoff Mulgan, and was seen as being closely affiliated with Tony Blair’s Labour government. Mulgan went on to work inside Downing Street in 1997. Current British Prime Minister David Cameron also works closely with Demos and has given speeches at the group’s events.

Demos has routinely acted as a platform for elitists who wish to drastically alter society, eliminate freedoms, and sacrifice British sovereignty in pursuit of global government. On August 9, 2006, British Home Secretary Dr John Reid, another former marxist, gave a speech at a Demos conference stating that Britons “may have to modify their notion of freedom”, claiming that freedom is “misused and abused by terrorists.”

Demos is partnered with numerous other globalist organizations from government and industry, including IBM, The Carnegie United Kingdom Trust, and Shell International. The organization’s logo includes an all-seeing eye within its design.

Although the group poses as an independent think tank, Demos is little more than a public relations firm for the British government and security services. Its efforts to demonize conspiracy theories in order to “increase trust in the government” is a transparent ploy to do the bidding of its masters, by demonizing anyone who challenges a corrupt, lying state and its nefarious activities as an extremist and a potential domestic terrorist – contributing to the chilling process which seeks to crush free speech on the Internet.

Some members in the Obama Government appear bent on curtailing Citizens’ rights especially Free Speech and Opinions. It was reported Top Obama Czar Cass Sunstein Proposed Infiltrating all ‘Conspiracy Theorists’ in a paper prepared in 2008—that  expressed: the Government should infiltrate and spy on Americans, their groups and organizations to obstruct Free Speech, disrupt the exchange of ideas and disseminate false information to neutralize Americans that might question government.  See news story: http://www.wnd.com/?pageId=121884

In 2008 perhaps coincidence: “The Violent Radicalization and Homegrown Terrorism Prevention Act”, was introduced by Rep. Jane Harman. The bill appeared to mirror a number of Czar Cass Sunstein’s spying proposals on lawful Citizens and interrupting groups without evidence of wrongdoing. Harman’s bill called for investigating and tracking Americans and groups that might be prone to supporting or committing violent acts of domestic terrorism. Harman’s bill had the potential of driving lawful political and other activists underground. Perhaps creating the domestic terrorists Bush II said Americans needed to be protected from. Rep. Harman’s “Violent Radicalization and Homegrown Terrorism Prevention Act” when closely examined, defined “homegrown terrorism” as “any planned act” that might use force to coerce U.S. Government or its people to promote or accomplish a “political or social objective.” No actual force need occur. Government would only need to allege an individual or group thought about it. Rep. Harman’s bill was often called the “Thought Crime Bill.”

The idea of Government gaining control over the internet is terrifying!  It is the last outpost and hope for truth and freedom!