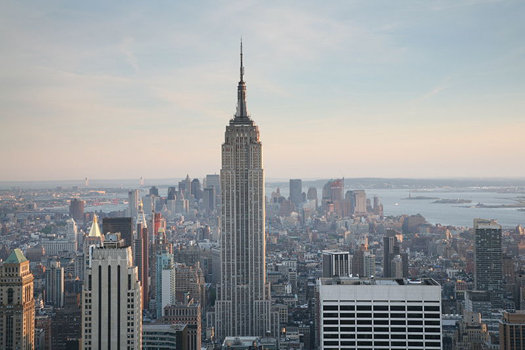 The Empire State Building, arguably the world’s most famous office tower, is 1,472 vertical feet of historic American real estate. It also contains 2.8 million square feet of office space, constructed to the energy efficiency standards of the early 1930s. So when Anthony Malkin took over management of the building several years ago, he also inherited an $11 million annual energy bill and a problem: How could he turn the iconic but aging building into a 21st-century office tower?

Now, a sweeping $13.4 million energy retrofit is slashing the Empire State Building’s energy consumption by nearly 40 percent and reducing greenhouse gas emissions by 105,000 metric tons over the next 15 years while trimming $4.4 million from annual energy costs. We took a firsthand look at what such a massive and meaningful project looks like, starting in a nondescript corner of the fifth floor where the Empire State Building is turning two-decade-old glass into future dollars.

It’s here that 100 double-pane windows per day are ripped from their aging frames, put through a rigorous cleaning process, treated with a thin UV-resistant film, and pumped full of pressurized argon and krypton gasses that improve their insulation values. By the time the retrofit is complete, all 6,514 windows will have been refurbished at a cost more than $1,600 per window less expensive than replacing them would be.

The window rehab – and other projects like it – reduces the energy load on the building, which in turn allows the engineers behind the retrofit to find efficiencies elsewhere. It’s all part of an 8-point plan that will eventually reduce the building’s energy consumption by 38.4 percent and its expenses by a few million dollars each year. With a footprint the size of the Empire State Building’s, that’s game-changing not just for the building, but also for the city and the world.