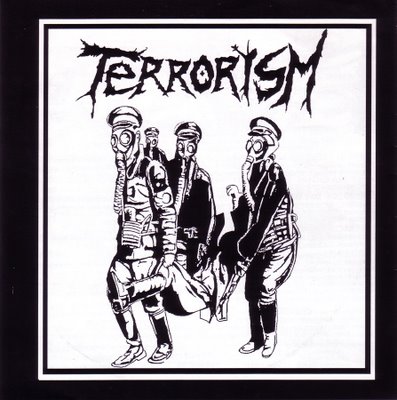 Do U.S. politicians and their puppets in the mainstream press really want to talk about terrorism and genocide happening in other countries? Do they really think that these accusations will not come back to haunt them? Contradictions and hypocrisy abound in this conversation, and it is about time that the truth is told.

According to Wikipedia, the word "terrorism" has over 100 meanings, and currently has no universally agreed upon, legally binding, criminal law definition. This is unfortunate, but most understand the real meaning whether they choose to apply it properly or not. The word "terror" comes from the Latin verb terrere meaning to be frantic with fear or terror. Generally speaking, terrorism is the use of violence or threats to intimidate or coerce, especially for political purposes. It is violent acts intended to create fear, and these acts are perpetrated for a religious, political or ideological goal, and deliberately target or disregard the safety of civilians. In November of 2004, a United Nations Secretary General report described terrorism as any act "intended to cause death or serious bodily harm to civilians or non-combatants with the purpose of intimidating a population or compelling a government or an international organization to do or abstain from doing any act." I think of terrorism as any act whatsoever intended to harm in any manner any innocent citizen or his property for the sake of gaining politically or economically, or by instilling fear so that these same ends can be achieved. In other words, any individual, group of individuals, or government apparatus that carries out any deliberate act of aggression that harms innocent civilians is committing a terrorist act! So who are the real terrorists in this world?

Certainly, anyone who straps a bomb to his body with the intent to harm others would be considered a terrorist. Any group that planned and carried out any act that would maim or kill innocents in order to make a political statement would be considered terrorists. But also, any government or nation-state that ordered and carried out aggressive military exercises that resulted in the deaths of innocent civilians, whether purposeful or not, would be committing acts of terror in my opinion. But those who practice self-defense by protecting themselves, their families, their friends, their countrymen, and their property from harm, whether individually or collectively, are certainly not terrorists!

So where does this leave us? The answer to a few questions might help us understand who or what is the real threat. Who instills the most fear worldwide? Who maims and kills the most civilians and non-combatants? Who gains more power, control, and wealth, and benefits the most due to terrorism?

If you answered al-Qaeda, you would be dead wrong. Of course, we in this country have been programmed by government and the media to immediately equate all terrorism with Muslims, the adherents of Islam, and while there are certainly plenty of Muslim terrorists, their numbers pale in comparison to the real terrorists among us. In fact, if one takes the time to research modern terrorism, it is evident that most believe it only applies to those individuals and fringe groups who are outside so-called democratic nations. Most, especially the neo-conservatives think that terrorism is the scourge of only democratic governments. The Arab world is far and away considered the main source of terrorism, but in my opinion, that is because of not only a lack of understanding by the masses of what terrorism really is, but also because governments and their puppets in the press have continually lied about the atrocities being committed.

I will make few friends with the following statement, but let me say clearly that in my opinion, the United States government, and those in the U.S. military who willingly do the bidding of the government by prosecuting immoral and aggressive wars and acts of hostility, and those who are partners in these crimes, are the worst terrorists in the world today! Bold as this may sound, let me explain why this is so.

Without question, the worst single terrorist act in United States history was the attack that took place on September 11, 2001. On that horrible day, 2,996 people were killed, and many others wounded. It was truly awful, and was purposely meant to harm the innocent. If one goes to Wikipedia and does a little research to find out what are supposed to be the worst terrorist attacks in history, the worst event listed since the 1940s is 9/11. But it is important to understand that the nuclear bombs purposely dropped on civilian centers in Hiroshima and Nagasaki in WWII, (remember our definitions) bombings that killed 200,000 innocent people, are not even mentioned as terrorist attacks for that period. The slaughter of innocents including many women and children at Waco by our own government is also not listed. Obviously, those entities reporting on such matters simply do not consider any attacks against innocents by the U.S. government as terrorism. They also ignore all U.S. attacks during wars, aggressive or not, even if targeted purposely against civilians, and do not consider them terrorist acts. This is telling. Remember, those bombs were dropped after the Japanese government, military, and Emperor had agreed to surrender, only asking that the Emperor remain in place. (John V. Denson explains the truth about these horrendous terrorist attacks in his article, The Hiroshima Myth.) These unwarranted attacks against Japan were far and away the two single greatest terrorist attacks in history!

2 Comments in Response to Aggressive War and Terrorism Are One and the Same! So Who Are the Real Terrorists?

After the totally downfall of the USraeli empire we should just give back the US to the Native Americans, and each of their tribes should get an own state and the US should disappear completely.

Everybody in the whole world who is politicly educated knows that USrael is the worst terrorist in the world and tortures and kills people and even children all day long just for pleasure and feeling powerful. But these bloodthirsty, sadistic and always cheating, betraying and murdering USraelis will fall down very deeply. When I gave the prophecy in the year 2005 that the US will come in serious economic struggle in the near future Americans did answer: "You just want to scare us. We are the most powerful country in the world and always will be the number one". But it was not my intention to scare you, I wanted to warn you and convince you to purify your soul and become less violent and especially less power-addicted and more compassionate and responsible towards others. But the so called US-Americans thought and think they are the centre of the world and they have the power to abuse, cheat and trick everybody at any time. And yes, you are right, you have the power to do so, but you do not have the power to escape from the consequences. I will make another prophecy now: The US will continue falling down and lose all the power and the people in the whole world will blame you and punish you. Israel will have to face serious difficulties soon very too. And as more as you are holding on to your evil power-trip as deeper and harder you will fall down. And as more countries you are invading as harder the destiny will push you down. Nothing will work out for you anymore. All your manipulations and deceptions against others will fail and turn against you on the end. The USraelis have destroyed my life and took away everything from me I loved and was devoted too and they have ruined me financially too by their unbelievable cheating, and they did it without any reason as far as I have supported the Americans in the past and even got persecuted extremely because of doing so from the communists in the former German Democratic Republic (falsely called East Germany). But what I had to experience from the evil and total terroristic AIPAC controlled US-Department of Homeland Security is far worse even than what the communists have done to me. But I am telling you: It will all come back to you. You have the power to torture and kill us for your pleasure but you do not have the power to kill our spirit. Our spirit will turn against you and all the evil you are spreading out will come back to you at least hundred thousand times stronger. Enjoy your downfall, watch television, obey your evil government, pay taxes to support your evil government, smoke cigarets, use drugs, eat GMO and do not complain when you will loose anything and end up being a prisoner in the hell you have created, because this is what you deserve for your totally evil actions.