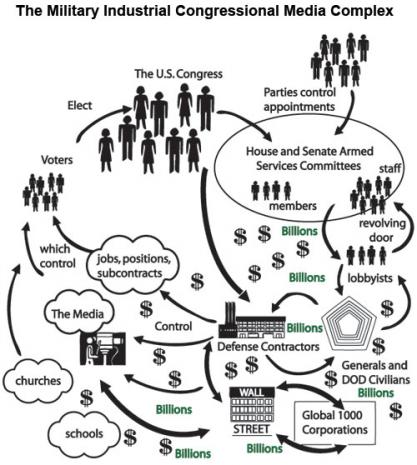 President Obama is mulling an executive order to force big government contractors to disclose their political spending. He should issue it immediately. But he should go further - banning all political activity by companies receiving more than half their revenues from the U.S. government.

Consider Lockheed Martin, the nation's largest contractor. It's received more than $19 billion in federal contracts so far this year. According to the Center for Responsive Politics, Lockheed has already spent over $3 million lobbying Congress this year.

Lockheed supports a platoon of Washington lawyers and lobbyists dedicated to getting more federal contracts. Sixty-four of Lockheed's lobbyists are former congressional staffers, Pentagon officials and White House aides. Two are former members of Congress. As such, they used to be on the public payroll, representing us. Now we continue to pay them, indirectly, through the government contracts Lockheed gets. But their job is to improve Lockheed's bottom line.

Lockheed has also been spending more than $3 million a year on political contributions to friendly members of Congress. On top of this, Lockheed gives money to the Aerospace Industries Association to lobby for a bigger defense budget and support members of Congress who will vote accordingly. But we don't know how much because it's secret. We don't even know how much Lockheed is giving the U.S. Chamber of Commerce to lobby against the president's proposed executive order requiring disclosure of its political activities. That's secret, too.

Who profits from Militarizing the Police?

In Huge Shakeup, Trump Moves To Withdraw 12,000 US Troops From Germany