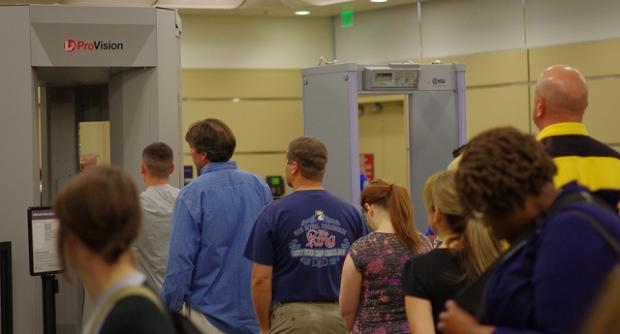 Say what you want about the Transportation Security Administration and their use of body scanners. TSA has proven that the deterrent they have established is working. Consider the following:

[Shoe bomber] Richard Reid was able to move an improvised explosive device through a (foreign) airport security system that utilized a metal detector and carry-on x-ray system. By utilizing no metallic components in his shoes, he was able to walk through the metal detector without causing any alarm. The result? Failed execution and American security begins to require passengers place shoes into the x-ray. Fast forward to Christmas day 2009. [Underwear bomber] Umar Farouk Abdulmutallab smuggles an explosive device on his body and through a (foreign) airport security system. al-Qaeda in the Arabian Peninsula knew that shoes would most likely have to be removed and x-rayed alongside carry-on/accessible property. That meant the device would not be placed into the x-ray. Using no metallic components once again, Abdulmutallab entered the metal detector and caused no alarms. Results? Failed execution and American security has new ammo in their fight for using body scanners.

With the implementation of body scanners, the “technological deterrent” is complete within the airport environment. Regardless of technological capability, a bomber will avoid placing their device in their shoes, in their carry-on property, in the checked luggage, or on their body. What’s left? The only thing left to consider is to place the device internally.

The attack on Prince Mohammad bin Nayef [in which a bomber allegedly put a bomb in his anus] was not an internally placed device. Witness statements indicate the presence of a “flash,” meaning the device was either on the leg/buttocks. Don’t consider it a “trial run” for Abdulmutallab’s attempted attack either, the bin Nayef device had a legitimate target and detonated effectively.

Return of the tri-plane: The revolutionary British-built hybrid aircraft powered by...