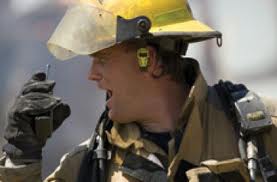 Washington, DC -- Today, Congressman Steve Rothman (D-NJ) and House Homeland Security Chairman Peter King (R-NY), introduced the Help Emergency Responders Operate Emergency Systems (HEROES) Act. Together, they are fighting to ensure that First Responders, true heroes of our nation, have the communications equipment to do their jobs and that the already overburdened local taxpayers do not have to unfairly pay for an unfunded federal mandate.

"Immediately following the horrific September 11, 2001 terrorist attacks, the capacity of our nation's radio and communications networks was overwhelmed. This not only meant despair for individuals looking for family members, this also meant that First Responders were not able to coordinate or communicate their efforts to save lives and respond as effectively. We must make sure that never happens again," said Congressman Rothman.

In 2004, the Federal Communication Commission (FCC) ensured more efficient use of the communications spectrum and greater spectrum access for First Responders. This federal mandate is known as the "Narrowband Mandate," which forces all First Responders to upgrade their communications equipment and spectrum licenses by January 1, 2013 to avoid the communications pitfalls in the aftermath of 9/11. This issue was highlighted by the "Implementing Recommendations of the 9/11 Commission Act of 2007," which included provisions to aid states and local governments in complying with the 2013 deadline. Unfortunately, the funding for the FCC mandate and elements of the 9/11 Commission Act has been drastically reduced because of budget cuts and in some cases these programs have been eliminated.

"This unfunded federal mandate will force already overburdened local taxpayers to finance these essential upgrades for our local First Responders. More than 18,000 police departments, more than 26,000 fire departments, and millions of First Responders across the country are impacted by this mandate," said Congressman Rothman. "Without adequate funding, many of these local First Responders will be left with radio and communications equipment that will be unable to operate during an emergency. I am proud to stand with America's First Responders and Chairman Peter King in presenting this bipartisan solution. Our nation's heroes deserve nothing less."

More money blown on nonsense...What killed those first responders was the buildings being imploded not because they could not communicate. 9/11 was an inside job. Send that to the "representative"