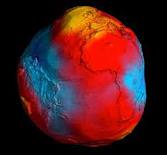 I’ve repeatedly noted that we may experience a “China syndrome” type of accident at Fukushima.

For example, I pointed out in September:

The nuclear disaster is ongoing.

At present, I believe that there is a possibility that massive amounts of radioactive materials will be released into the environment again.

At the No. 1 reactor, there’s a chance that melted fuel has burned through the bottom of the pressure vessel, the containment vessel and the floor of the reactor building, and has sunk into the ground. From there, radioactive materials may be seeping into the ocean and groundwater.

The government and plant operator TEPCO are trumpeting the operation of the circulation cooling system, as if it marks a successful resolution to the disaster. However, radiation continues to leak from the reactors. The longer the circulation cooling system keeps running, the more radioactive waste it will accumulate. It isn’t really leading us in the direction we need to go.

It’s doubtful that there’s even a need to keep pouring water into the No.1 reactor, where nuclear fuel is suspected to have burned through the pressure vessel. Meanwhile, it is necessary to keep cooling the No. 2 and 3 reactors, which are believed to still contain some fuel, but the cooling system itself is unstable. If the fuel were to become overheated again and melt, coming into contact with water and trigger a steam explosion, more radioactive materials will be released.

We are now head to head with a situation that mankind has never faced before.

1 Comments in Response to Fukushima: “China Syndrome Is Inevitable”