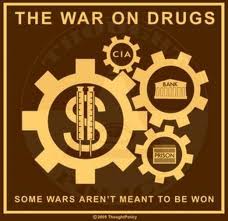 Afghanistan is, by far, the largest grower and exporter of opium in the world today, cultivating a 92 percent market share of the global opium trade. But what may shock many is the fact that the US military has been specifically tasked with guarding Afghan poppy fields, from which opium is derived, in order to protect this multibillion dollar industry that enriches Wall Street, the CIA, MI6, and various other groups that profit big time from this illicit drug trade scheme.

Prior to the tragic events of September 11, 2001, Afghanistan was hardly even a world player in growing poppy, which is used to produce both illegal heroin and pharmaceutical-grade morphine. In fact, the Taliban had been actively destroying poppy fields as part of an effort to rid the country of this harmful plant, as was reported by thePittsburgh Post-Gazetteon February 16, 2001, in a piece entitledNation’s opium production virtually wiped out(http://news.google.com/newspapers?n…).

But after 9/11, the US military-industrial complex quickly invaded Afghanistan and began facilitating the reinstatement of the country’s poppy industry. According to the United Nations Drug Control Program (UNDCP), opium cultivation increased by 657 percent in 2002 after the US military invaded the country under the direction of then-President George W. Bush (http://www.infowars.com/fox-news-ma…).

CIA responsible for reinstating opium industry in Afghanistan after 9/11

More recently,The New York Times(NYT) reported that the brother of current Afghan President Hamid Karzai had actually been on the payroll of the CIA for at least eight years prior to this information going public in 2009. Ahmed Wali Karzai was a crucial player in reinstating the country’s opium drug trade, known as Golden Crescent, and the CIA had been financing the endeavor behind the scenes (http://www.infowars.com/ny-times-af…).

1 Comments in Response to US military admits to guarding, assisting lucrative opium trade in Afghanistan

Kim Dyer here:  Yes, I followed this very ideology when a worker at an Arby's, during casual social lament, pulled out a very minute newspaper article (during Michael Jackson scandal: Michael's death  FRONT PAGE) that 60,000 (SIXTY THOUSAND) AMERICAN TROOPS WERE SENT TO AFGHANISTAN~  lost within the no-body-cares section!  His buddy, one of these misguided soldiers lied to and tricked to beLIEve that they are serving their country, not the enemy (4 inches at most, Michael whole front page of course, because you are TOLD that is what we care about as a socially-controlled LIE).  Probably still have that article somewhere.  The Nazi/Vatican/Royal Crown "Jew-wish" (counterfeit) alliance (RICO 1961 Laws from Kennedy) made certain that the media monopolies would create appearance of social detest of "abuse" of pharma and street drugs through Michael Jackson, while covering up their inquisition of Afghani poppy.  No huge puzzle there...  Pretty obvious.  So weary of the BS.  So weary of seeing.