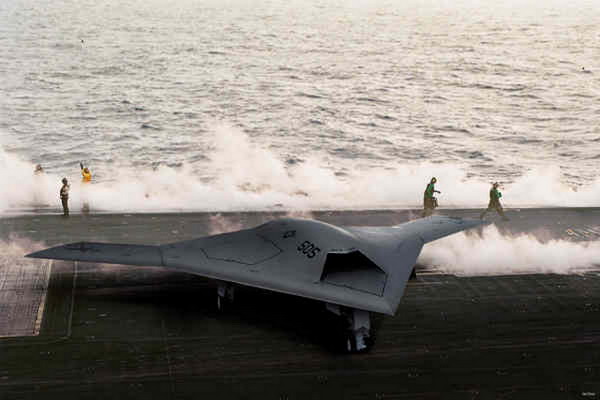 4:33pm UK, Sunday December 04, 2011 Iran's military has shot down an unmanned US aircraft over the east of the country, state TV has reported.

A report on English-language Press TV said the drone was "downed with minimum damage" and seized by Iranian officials close to the border with Afghanistan and Pakistan.

The RQ-170 Sentinel is an unmanned stealth aircraft used for reconnaissance. It is not designed to carry weapons.

The semi-official Fars news agency, which is believed to be close to the Revolutionary Guard military force, said Iran would respond to the violation of its airspace with actions beyond its own borders.

There was no immediate comment on the claims from the US military, which rarely officially confirms operations carried out using such aircraft.

In July, US officials dismissed a report that a US drone had been downed over the city of Qom, home of supreme leader Ayatollah Ali Khamenei, close to the Fordu nuclear facility.

The reports came amid worsening relations between the West and Iran over its nuclear programme after the UN's International Atomic Energy Agency (IAEA) issued a report it said showed Iran had worked on designing an atomic bomb.

Iran has insisted its nuclear ambitions are entirely peaceful, but prompted the US and European Union to agree tighter sanctions on Iranian companies and individuals.

Earlier on Sunday, Iran's foreign ministry warned that any move to extend those sanctions to block oil exports would double the price of crude.

"As soon as such an issue is raised seriously the oil price would soar to above $250 a barrel," foreign ministry spokesman Ramin Mehmanparast was quoted as saying.

Britain has also downgraded its relations with Iran following the storming of the UK embassy in Tehran by students protesting over the sanctions on Iran's central bank.

British diplomats in Tehran were evacuated following the incident and Iranian embassy staff in London were expelled.

2 Comments in Response to Iran TV: US Spy Drone Shot Down By Military

How The Billionaires Control American Elections

US Expels China From Houston Consulate. Is Pompeo Pushing To Spark China War?

Trump's NEW Executive Order Has Flipped The Table On CHINA, The US May Have The Upper Hand Again