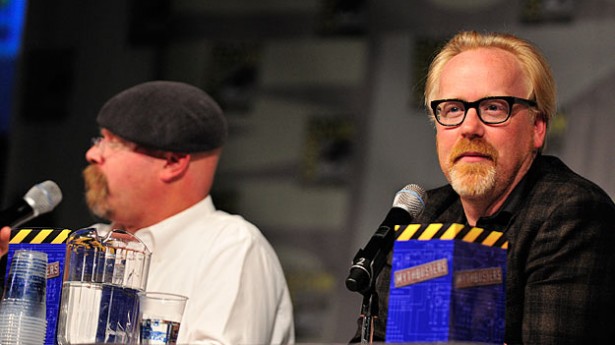 The Stop Online Piracy Act (SOPA) and its sister bill in the Senate, the PROTECT IP Act, are not very popular right now, thanks in large part to a growing outcry from some of the strongest voices on the Internet, from the founders of Google, Reddit, eBay, Craigslist, Wikipedia and others. Now another, even more familiar voice is being raised to oppose the bills, which would mandate fundamental changes in the way the Internet operates.

Adam Savage, co-host of The Discovery Channel’s “Mythbusters,” explained in an essay published this week by Popular Mechanics that the provisions in the anti-piracy bills would “destroy the Internet as we know it,” by giving content creators a club to whack entire websites based upon sometimes arbitrary claims.

“Make no mistake: These bills aren’t simply unconstitutional, they are anticonstitutional,” he wrote. “They would allow for the wholesale elimination of entire websites, domain names, and chunks of the DNS (the underlying structure of the whole Internet), based on nothing more than the ‘good faith’ assertion by a single party that the website is infringing on a copyright of the complainant. The accused doesn’t even have to be aware that the complaint has been made.

“I’m not kidding,” he emphasized.

Savage is the latest in a long line of high-profile geeks to come out against the bills, which are mostly driven by powerful interests in the entertainment industry. Critics say the bills are so vague that, even while they claim to be aimed at foreign websites hosting infringing content, they could be used to cause such work overflow for major website operators, they would have to fundamentally alter how they operate in order to continue.

1 Comments in Response to Mythbuster Adam Savage: Anti-piracy bill would ‘destroy the Internet’

http://www.youtube.com/watch?v=WJIuYgIvKsc&feature=share  Here is a 15-minute video naming names and explaining the history of this bill.