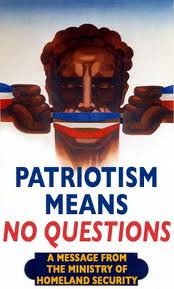 What do Americans fear the most: big business, big labor, or big government? According to the latest Gallup poll, 64 percent of Americans surveyed at the beginning of December said the biggest threat that would face the nation in the future would be government — a jump of 11 percentage points from the beginning of the Obama years in 2008, when only 53 percent said government was the threat to keep one’s eye on.

Not surprising for many conservative Americans, the only time the fear of government was at a higher peak was in 1999 to 2000, at the tail end of the Bill Clinton years, when a whopping 65 percent of Americans thought government would be the biggest future threat.

Back in 1965 Gallup began asking Americans: “In your opinion, which of the following will be the biggest threat to the country in the future — big business, big labor, or big government?” And throughout the past 45 years, Americans have always expressed more concern over government than they did for business or organized labor. “Concerns about big business surged to a high of 38% in 2002, after the large-scale accounting scandals at Enron and WorldCom,” recalled Elizabeth Mendes, deputy managing editor at Gallup. She noted that concerns over big labor “have declined significantly over the years, from a high of 29% in 1965 to the 8% to 11% range over the past decade and a half.”

But neither of those highs comes close to the nearly consistent concern over big government, which hit its low of 35 percent in the years between 1965 and 1970, and steadily rose to its high of 65 percent between 1999 and 2000, before plummeting to 47 percent as the U.S. faced the fears of terrorism in the wake of the 9/11 attacks.

1 Comments in Response to Gallup Poll: Government Threat Growing in Minds of Americans