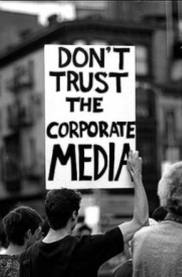 What lies ahead for America, the West, and humanity in the immediate future is pain, disease, suffering, and destruction. A looming hyper-inflationary financial crisis, a world war, a global economic collapse, and a transnational fascist police state are threatening to destroy the social and political fabric of Western civilization.

This is the greatest political crisis that the West has ever faced. Government leaders are walking on pins and needles, hoping to avoid a transnational political revolution against the international banks that defrauded American taxpayers and the taxpayers of other nations.

Financial and political analysts such as Gerald Celente, Paul Craig Roberts, Lew Rockwell, Max Keiser, Alex Jones, and many others predict that there will be vast political and social changes in the near future. Such sweeping changes will be the natural consequence of the 21st century intellectual revolution which has deconstructed totalitarian myths and narratives.

Well, yeah! And in a BIG way.   Consider this: Whenever a poll is conducted that does NOT come thru the mass-media or the GOP, -Ron Paul wins and usually by a landslide.  This trend has been going on for some time now. Look around. The evidence is everywhere. The media-lie isn't merely that he's not "ahead". The lie is that the media & GOP fail to mention how FAR AHEAD Ron Paul really is!

CNN Loses NINETY PERCENT Of Their Viewers, The Narrative Is Collapsing