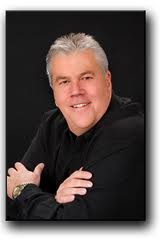 Charles Goyette has more in common with Ron Paul than merely similar views. Like Paul, Goyette has paid a price for standing by his principles. He walked away from a promising career in conservative talk radio because he refused to support the Iraq war. In 2004, he endorsed Libertarian Party nominee Michael Badnarik for president.

If you like what Ron Paul has to say about freedom, the economy and U.S. foreign policy, you’re going to love Goyette’s new book, Red and Blue and Broke All Over: Restoring America’s Free Economy.

Goyette blames Republicans and Democrats equally for the mess we’re in, just as Paul does. However, what makes this book so valuable is Goyette’s ability to express timeless philosophical ideas in simple, everyday terms and then demonstrate how those ideas apply to today’s problems here in the real world.

The book is divided into three sections, entitled “Liberty,” “The State” and “Dead Ahead,” respectively. Goyette lays the philosophical foundation by explaining the inextricable link between liberty and non-aggression, recognized by modern libertarians and the founding fathers. He quotes Murray Rothbard who said that liberty is “the absence of molestation by other people,” and Friedrich Hayek who maintained that it is “the condition in which man is not subject to coercion by another or others.”

Goyette then moves on to apply this principle to property rights and what he calls “the free economy.” He refuses to use the word “capitalism” because it has come to mean the opposite of what he advocates. For most people, there is no difference between capitalism and “crony capitalism.” Goyette explains how the free market is constantly blamed for problems caused by the government.