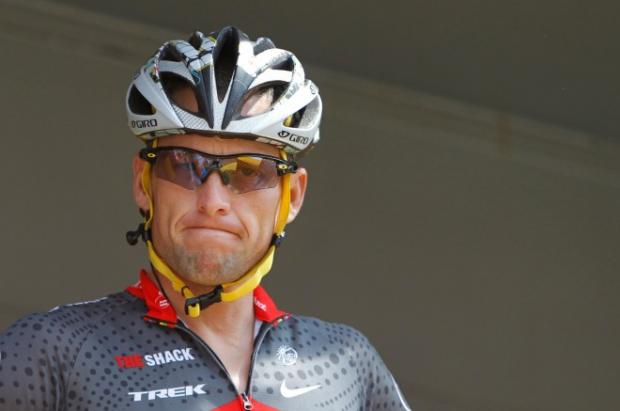 Lance Armstrong, one of the world’s most celebrated cyclists and a hero to millions of cancer survivors, finally surrendered a war of attrition with doping police that has cost him his seven Tour de France titles and an Olympic bronze medal.

On Friday, the U.S. Anti-Doping Agency stripped the retired racer of those storied victories, vacated every race he’d ridden since 1998 and banned him for life from the sport that brought him fame and fortune. The move came one day after Armstrong said he will no longer fight accusations that he was a cheater who used prohibited performance-enhancing drugs.

Armstrong, who retired in 2005 and staged a comeback in 2009, spent much of his career fighting doping allegations. He steadfastly maintained his innocence to the very end — even, officials said, as teammates claimed he’d cheated — but said, “enough is enough.”

“If I thought for one moment that by participating in USADA’s process, I could confront these allegations in a fair setting and — once and for all — put these charges to rest, I would jump at the chance,” Armstrong said in a statement. “But I refuse to participate in a process that is so one-sided and unfair.”

In many ways, Armstrong appeared to choose the best end to a game he wouldn’t win. The standard in cases brought by USADA is merely “comfortable satisfaction,” not “beyond reasonable doubt,” which would have made it tough for Armstrong to prevail. He felt he was never going to get a fair hearing, so he cut his losses.

10 of the Most Powerful All Natural Antibiotics Known To Man

Father reveals he discovered a 'miracle' Polynesian oil that cured his daughter's...

FDA Cracks Down on CBD Oil