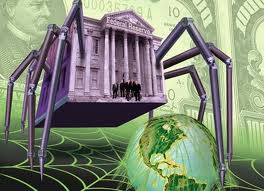 "At a hearing last year, Ron Paul asked Ben Bernanke if gold is money. Answer: No.

So why do central banks hold it as a reserve? Answer: Tradition.

Gold, as we've said before, is weird. People still think of it sort of like money. Central banks around the world still hold gold alongside actual currencies like dollars, euros and yen. And they're adding to their gold reserves at a rate of hundreds of tons a year worldwide.

1 Comments in Response to It's 10 P.M. In Frankfurt. Do You Know Where Your Gold Is ?

Now where in the world did they ship all that gold to during the 9/11 crisis?