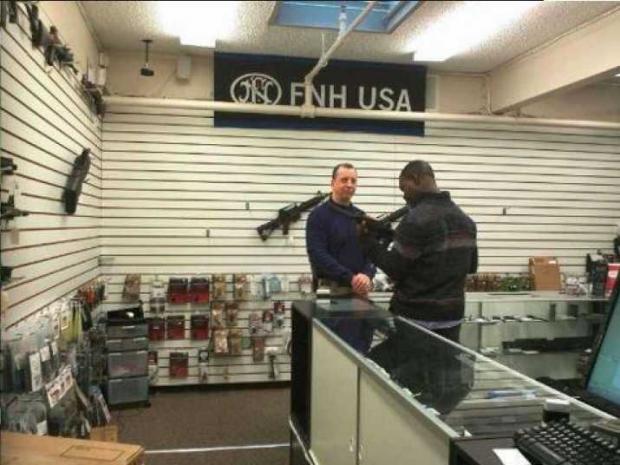 This is said to be typical.

Whenever there is a highly publicized mass shooting, Americans apparently rush to gun stores.

The theory is that they do this for two reasons:

First, they want to buy guns to protect themselves from all the guns.

Second, they worry that the latest massacre might finally wake up America to the absurdity of its gun laws and lead to a clampdown in gun control.

Based on anecdotal reports, these rushes on gun stores can be quite profound. Earlier this week, for example, some Walmarts were said to be running out of guns.

(Walmart sells assault weapons but bans music with swear words -- a policy that tells you a lot about America).

And the gun rush does not appear to be limited to Walmarts.

They are of a gun store in Bellevue, Washington, called the West Coast Armory.

1 Comments in Response to AMERICAN GUN STORE: Before And After Sandy Hook Massacre [PHOTOS]

I finely figured it out. It's all a big conspiracy of all the gun shops coming together to create these horrific events to sell more guns. $$$$$$$$$