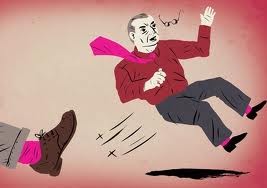 LONDON (AP) -- Tens of thousands of people have signed a petition calling for British CNN host Piers Morgan to be deported from the U.S. over his gun control views.

Morgan has taken an aggressive stand for tighter U.S. gun laws in the wake of the Newtown, Connecticut, school shooting. Last week, he called a gun advocate appearing on his "Piers Morgan Tonight" show an "unbelievably stupid man."

Now, gun rights activists are fighting back. A petition created Dec. 21 on the White House e-petition website by a user in Texas accuses Morgan of engaging in a "hostile attack against the U.S. Constitution" by targeting the Second Amendment. It demands he be deported immediately for "exploiting his position as a national network television host to stage attacks against the rights of American citizens."

The petition has already hit the 25,000 signature threshold to get a White House response. By Monday, it had 31,813 signatures.

Morgan seemed unfazed - and even amused - by the movement.

Hey, you yanks are stuck with him.  Thars no giving him back:

Counter-petition to keep Piers Morgan in U.S. says the ‘UK doesn’t want him’