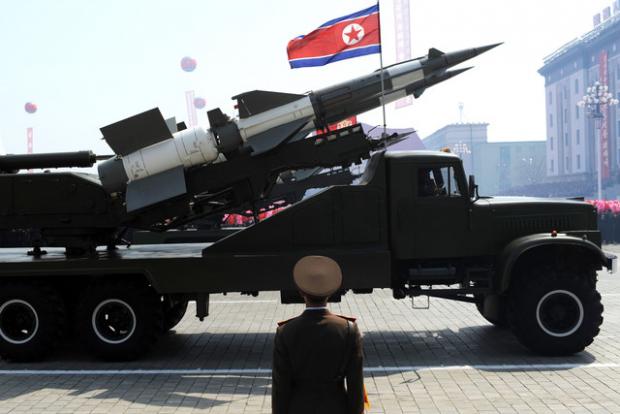 North Korea has displayed a formidable arsenal of rhetoric, threats and symbolic moves in its confrontation with South Korea and the U.S.

This week alone, Kim Jong Un’s regime has warned that “the moment of explosion is approaching soon” and said it’s poised to conduct a “smaller, lighter and diversified nuclear strike.” North Korea also has moved a missile to its eastern coast, possibly for training and test-firing, according to South Korea’s defense minister.

“I do not see the prospect of conflict as some of my friends in the United States do,” retired Army General Colin Powell, the former U.S. secretary of state, said at an event in Seoul on March 26. “They bluster, they threaten, they say things they cannot do.”