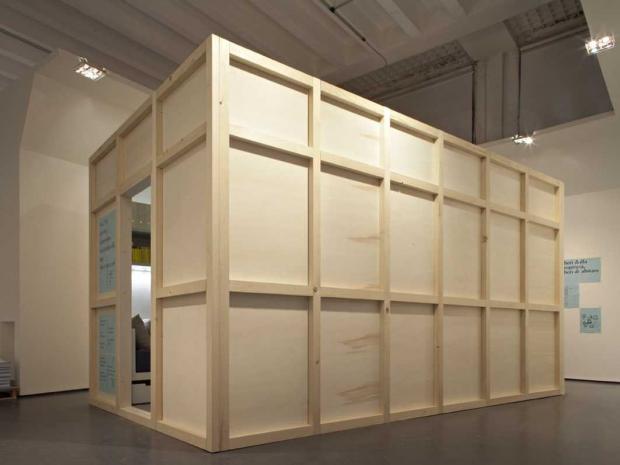 Now inmates in a high-security Italian prison have partnered with designers to create Freedom Room, a mini-apartment with the same dimensions as the cells where the prisoners live, Gizmodo reports.

These models could be used in actual prisons or other tight spaces, like New York City apartments. Design-savvy prisoners built the 117-square-foot prototype at the Spoleto prison, making multifunctional furniture out of everyday objects to make a space that could become a gym, library, office, kitchen, and bedroom.

In these micro-housing units, a stool can transform into an oven, a bed becomes a closet, a can becomes an antenna, and a table becomes a gym, according to the project's press release.

The tiny housing modules also have creative storage options, including shelves made out of cigarette cartons.