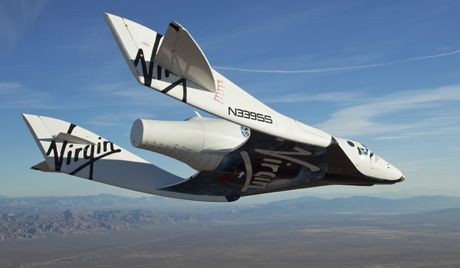 Specialists say though that full-scale space flights are out of the question here. The Russian Federal Space Agency Roscosmos remains the monopolist in this field.

A Japanese journalist, Toyohiro Akiyama, gave a start to space tourism. In the early 90s of the last century he went to the Soviet orbital station “Mir”. True, a telecompany paid for the flight of its emploeer.

However, U.S. businessman Dennis Tito became a pioneer of real space tourism. He was sent to the International Space Station (ISS) in April of 2001. Another 6 people have since used the Roscosmos flight services. U.S. billionaire Charles Simonyi has made 2 commercial space flights.

Although almost all space tourists have so far been U.S. citizens, the USA sends nobody to outer space on a commercial basis. Academician Alexander Zheleznyakov from the Russian Academy of Cosmonautics named after K.Tsiolkovsky has the following comments:

"If we start talking about the modern stage, we should say that Americans are currently not involved in the organization of piloted flights. Hence, they are unable to send a space tourist together with professionals. We are in this business, and we carry Americans, among others, to the space station, and if an opportunity arises and should there be a vacant seat, we can take a tourist there too."