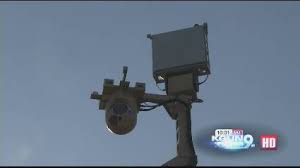 “A man’s home is his castle,” said Tony Sedgwick, the co-owner and manager of Carmencita Ranch. “We’ve owned that since the 1950′s.”

But now Sedgwick is losing a chunk of it.

“They have taken the choicest part of my land,” he said.

It’s a valuable, not to mention scenic spot atop a high hill. And he’s losing it because of a BP surveillance tower there. It keeps a close eye on activity along the fence. It’s a mobile tower, but now that the Department of Homeland Security has taken the land, permanent towers may soon prop up. It’s all part of an effort to tighten up security along the U.S.-Mexico border.

“If your neighbor had lights shining on your property, you would call police,” Sedgwick said. “Who do I call? They are the police.”

One property owner 9OYS talked to says each acre of land can sell for $10,000. The U.S. government is offering this woman $3,000 for two acres. She says it doesn’t take a genius to realize this isn’t a good deal.

Most property owners were hesitant to go on camera. They say they fear upsetting Border Patrol.

How long do you reckon those towers will last and even be  operational ???

The Population Collapse Behind Rates, Debt, & The Asset Price Explosion

Woman Arrested In India For Hiding 3lbs Of Gold In Her Rectum... & Other Absurdities

The Federal Reserve Is The Cause Of The Bubble In Everything