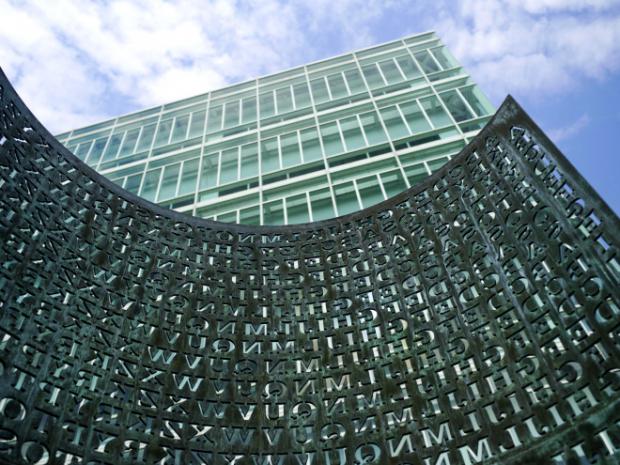 To honor the 25th anniversary of the Wall's demise and the artist's 69th birthday this year, Sanborn has decided to reveal a new clue to help solve his iconic and enigmatic artwork. It's only the second hint he's released since the sculpture was unveiled in 1990 and may finally help unlock the fourth and final section of the encrypted sculpture, which frustrated sleuths have been struggling to crack for more than two decades.

The 12-foot-high, verdigrised copper, granite and wood sculpture on the grounds of the CIA complex in Langley, Virginia, contains four encrypted messages carved out of the metal, three of which were solved years ago. The fourth is composed of just 97 letters, but its brevity belies its strength. Even the NSA, whose master crackers were the first to decipher other parts of the work, gave up on cracking it long ago. So four years ago, concerned that he might not live to see the mystery of Kryptos resolved, Sanborn released a clue to help things along, revealing that six of the last 97 letters when decrypted spell the word "Berlin"—a revelation that many took to be a reference to the Berlin Wall.

To that clue today, he's adding the next word in the sequence—"clock"—that may or may not throw a wrench in this theory. Now the Kryptos sleuths just have to unscramble the remaining 86 characters to find out.