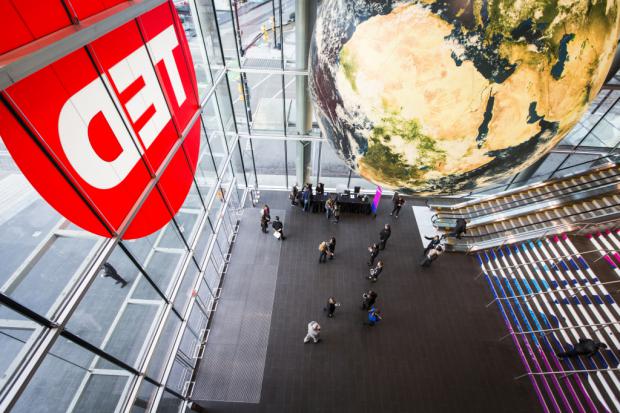 A posture of optimism can be tough to keep up after a long day of idea-imbibing. (Yeah, yeah, and after a long day of everyone opening doors for you and an endless parade of sushi platters and Kind bars and cold brew coffee from a keg.) Fortunately for the optimism-challenged, TED's opening ceremony—its "Opening Gambit"—wasn't exactly glistening with hope.

Consider this line-up, the first six official TED Talks. A former prime minister of Australia on rising friction between the US and China. The editor of Foreign Policy on a federal government so dysfunctional that any real conversation on science and technology policy has become impossible. A new approach to 3-D printing inspired by Terminator 2. A new way of extracting sound from micro-vibrations captured on video that seems like it would make it really easy to eavesdrop on anyone anywhere. A performance artist best known for pieces about extreme bodily endurance and pain.

Oh, and then there was this great band from Brooklyn that has figured out how to make dubstep using just a drum kit and two saxophones. (They were really good!)

Effectively every single human being on the planet is going to be part of a manmade system for the first time. David Rothkopf

So was TED trying to pre-empt me? Just when I'd pledged to open myself to its belief in a "better future," was TED going all pessimist? Nah.

Among the first official acts of Kevin Rudd as prime minister of Australia was to apologize to indigenous Australians for centuries of abuse. "There was a new beginning because we had gone not just to the head but also to the heart," Rudd said. The Americans and Chinese could reach a similar kind of renewal, he said as he wrote Chinese characters with his finger on a tablet. David Rothkopf, the Foreign Policy editor, was much less hopeful about the chances of Washington and Silicon Valley finding a way to talk to each other. But he did have the most bracing observation of the night—not a value judgement, just a statement of likely fact about mobile tech:

"Effectively every single human being on the planet is going to be part of a manmade system for the first time," Rothkopf said.

If somebody really wants to listen to you, there are already better, more targeted ways. Abe Davis

As for the Terminator reference, it was chemist Joe DeSimone's way of explaining his 3-D printer, which instead of layering one ultra-thin layer on top of another appears to pull objects whole out of a liquid pool of plastic.