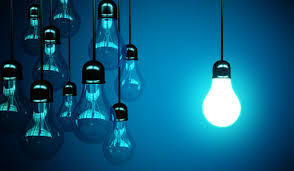 1. Lincoln Dashes Into the Future

Even though telegram technology emerged in the mid-1840s, it wasn't until the Civil War that Abraham Lincoln pioneered government use of the messages. Under Lincoln's leadership, the War Department housed a telegraph room that would become an early Situation Room during important battles. (Before this development, government officials had been forced to use public telegram offices to send messages.) In 1866, the offices of the White House were remodeled, and with the makeover Lincoln's successor, Andrew Johnson, moved the telegraph room into the White House. Johnson made sure to have it right next to his office, so urgent messages could be relayed quickly.

Rutherford B. Hayes had the first telephone installed in the White House telegraph room. Telephone use was still limited, so Hayes couldn't call up just anyone—there were so few phones that it was only used for calling the Treasury. In fact, in order to reach the White House, all Treasury officials had to do was dial "1."

Some sources have characterized Hayes as being unreceptive to the new technology, with the president reportedly saying "It's a great invention, but who would ever want to use one?" Historians dispute that claim, citing The Providence Journal's detailed account of Hayes' first phone conversation, a chat with Alexander Graham Bell himself.

Hayes was more than just a phone pioneer. Few technologies would have such immediate effect on the workflow of the Oval Office as the arrival of the typewriter during his term. In 1880, a Fairbanks & Company Improved Number Two Typewriter eliminated the need for clerks to write all presidential memos by hand.

Hayes may have gotten the first phone, but it took over five decades for the president to get a little privacy. It took until 1929 for the Oval Office to receive its own direct line. Herbert Hoover must have gotten tired of walking to the foyer, so he had it routed directly to his desk.

In 1922, Warren G. Harding ordered the White House's first radio. It sat in his study on the second floor. On top of listening to the radio, Harding was the first president to have his voice broadcast across the airwaves during a dedication of a memorial site to Francis Scott Key on June 14, 1922.

When Hoover took office seven years later, he had 13 more radios installed, presumably so he could listen in every room. Radio broadcasting became a presidential staple with Franklin D. Roosevelt, who in 1933 gave the first of his famous "fireside chats."

No mansion is complete without a personal movie theater. So in 1942 Franklin D. Roosevelt had an old coat closet nicknamed "The Hatbox" converted into a private screening room. He used it to watch news reel coverage from the war. But presidents had watched movies in the White House before; the first film ever seen in the White House was a special 1915 showing of The Birth of a Nation.

7. Truman Is Hungry for Screen Time

Harry S. Truman delivered the first televised presidential speech from the White House in 1947. His speech focused on food conservation at a time when Europe was still suffering from famine following World War II. He had the first television set installed as well, but he rarely watched it.

In a precursor to MTV's Cribs, Truman would later invite several reporters with television cameras to tour the newly renovated White House in 1952, virtually inviting the American public into the presidential pad. Have a look:

8. Eisenhower and LBJ Groove to Muzak

Not even the White House could escape the ubiquity of elevator music. The Eisenhower administration had Muzak wired into the residence in 1953. That's not Muzak's only connection to the Commander in Chief though; Lyndon B. Johnson owned an Austin franchise in the 1950s.

Eisenhower's administration had non-Muzak triumphs, too. In 1958, he became the first American president broadcast in color on television. The president and vice-president of NBC were on hand to help Eisenhower inaugurate NBC's new broadcasting center. Eisenhower was amazed by his tour of the facility, calling it "like nothing else so much in my mind as the radar room in a big battleship or some other complex thing that really is entirely beyond my comprehension but is still capable of exciting my wonderment." Have a look:

The office computer revolution began in 1978 during the Carter administration. According to White House historians, initial uses for the new automated system included "assembling databases, tracking correspondence, developing a press release system, and compiling issues and concerns of Congress." By the 1980s, Ronald Reagan's staff were using personal computers, although he preferred to do things the old-fashioned way with handwritten notes.

Bill Clinton was the first president to send email, though he didn't use it often during his term. He would later joke that he "sent a grand total of two emails as president, one to our troops in the Adriatic, and one to John Glenn when he was 77 years old in outer space. I figured it was OK if Congress subpoenaed those."