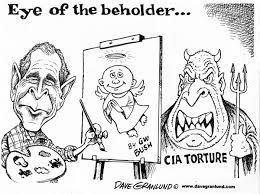 A prominent psychologist ousted from the leadership of the the US's largest professional psychological association for his alleged role in enabling and covering up torture has enlisted a former FBI director to fight back.

The report, which leaked on Friday, is a "gross mischaracterization" of the "intentions, goals and actions" of former ethics chief Stephen Behnke, Freeh said. He threatened unspecified legal retaliation on Behnke's behalf.

"Dr Behnke will consider all legal options in the face of this unfair, irresponsible and unfounded action by a select few APA board members," Freeh said.

Former federal prosecutor David Hoffman, who spearheaded the 542-page investigation, found that Behnke was an instrumental figure in more than a decade's worth of institutional enablement by the APA of torture conducted by the CIA and US military.