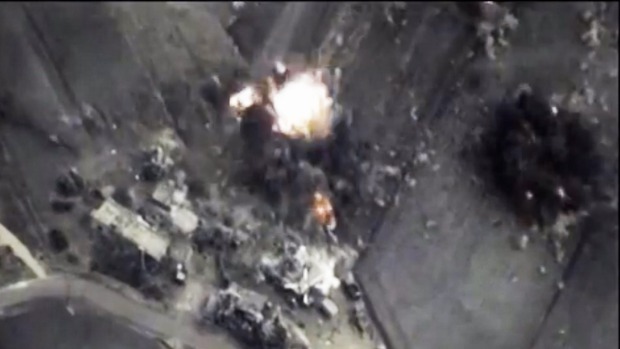 Russian warplanes, in a second day of strikes, bombed a camp run by rebels trained by the CIA, the group's commander said, putting Moscow and Washington on opposing sides in a Middle East conflict for the first time since the Cold War.

The U.S. and Russian militaries were due to hold talks via video link to seek ways to keep their militaries apart as they wage parallel campaigns of air strikes in Syria, a U.S. defense official said.

Russian jets struck targets near the cities of Hama and Homs in western Syria on the second day of their air campaign.

Moscow said it had hit Islamic State positions, but the areas it struck are mostly held by a rival insurgent alliance, which unlike Islamic State is supported by U.S. allies including Arab states and Turkey.

Hassan Haj Ali, head of the Liwa Suqour al-Jabal rebel group which is part of the Free Syrian Army, told Reuters one of the targets was his group's base in Idlib province, struck by around 20 missiles in two separate raids.