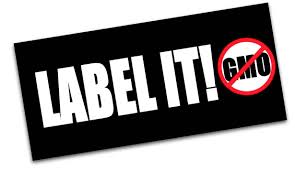 (NaturalNews) Don't be fooled by the new "GMO labeling" bill that sailed through Congress in recent weeks with bipartisan support. The bill would allow companies to forgo actual on-package labeling of GMOs. Instead, companies would be required to embed this important information in QR codes, which are completely inaccessible to many shoppers.

If signed into law, this bill would grant the USDA full authority to determine what constitutes a product containing GMOs. For example, a product sweetened with genetically modified sugar beets could be listed as non-GMO in the QR code, because the end product is refined and doesn't contain a significant amount of genetically modified material, DNA or proteins. Countless food products, although made from genetically modified crops, could be declared non-GMO in this tricky new labeling code. Americans would be further blinded and misled as to how their food is made, giving the biotech industry new loopholes to deceive the American people.

An overwhelming majority of Americans want to know if the food they're eating is made with genetically modified organisms, and they are tired of being misled. All consumers have a right to know how they are being experimented on. When the genetic makeup of seeds is changed to accommodate the continued use of herbicides, people must know. Since there's no true oversight governing the widespread laboratory changes of crop genetics, it becomes even more important that people know what they are eating so that they can avoid potential carcinogens, endocrine disrupters and genetic pollution in their food.

Now that the bill is headed to President Obama's desk, it is one step away from being signed into law, where it would begin a cascade of deception. The new "GMO labeling" law is meant to shut Americans up on the issue of GMO labeling and to centralize control over the matter to the USDA (which has historically been infiltrated by the biotech industry – the same biotech industry that needs to be held accountable in the first place.)

One year after Native-owned Tanka Bar had lost nearly everything, the buffalo are on their way back

China Will Be Forced To Buy More US Farm Goods This Year, Top Ag Think Tank