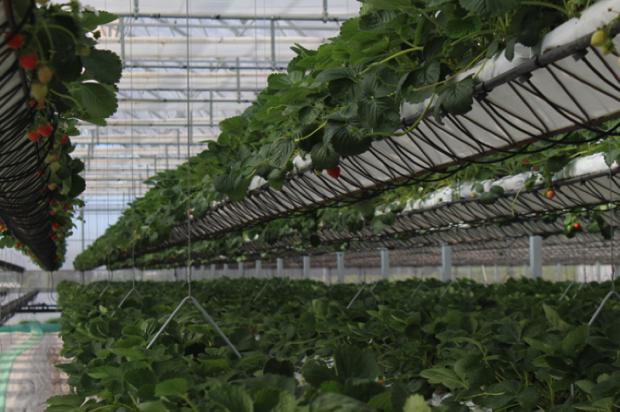 A major shift in agriculture that is moving away from traditional farming and towards innovative techniques for food production has been happening over the past few years and solar panel technology is at the heart of most new concepts. With hydroponics, underwater farming, floating farms, and vertical indoor farming, the list of new ways to produce food is growing every year.

There are many causes behind the shift, most of them being driven by humans; climate change, pesticide-use, the destruction of once-viable land, and GMO expansion are all major reasons that innovators are testing out new ways to feed the world.

Despite what companies that use GMOs want you to believe, genetically-modified organisms are actually hurting the world more than they are helping it. Though food production may be increasing in the short-term because of these practices, studies have proven that chemical farming is actually destroying the land and resources necessary to produce food in the long run. That's why many people stress the importance of buying and eating organic produce. Not only do you support local farmers trying to produce fruits and vegetables naturally, but you know that the food you're putting in your body is good for both you and the environment.

With the solar panel farms created by Sundrop Farms, organic produce is all that's born from their unusual but up-and-coming methods. The first farm that they opened was in the desert in Port Augusta, South Australia in 2010, where the surrounding area is dry, desolate, and barren. In other words, it's totally inappropriate and completely impossible to start a farm there—or so you thought.

Not your grandparent's soils

What Will People Do For Food When Much of Europe And North America Is Too Cold to Farm?

Man Hasn't Been to the Grocery Store in 8 Months Thanks to Tiny Pandemic Garden...