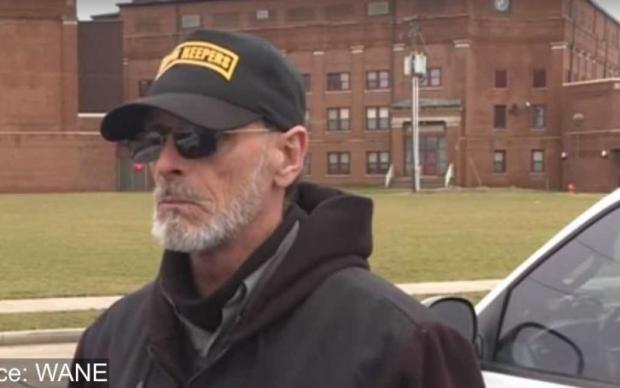 CALL TO ACTION:  Oath Keepers, in the wake of the horrific attack on the Marjory Stoneman Douglas High School in Parkland, Florida, it is time to step up nationwide and defend our schools against the threat of mass murder.  Enough is enough.   We call on you to post up armed outside your local school, as close as the local laws allow, and stand guard in defense of the children of your community.

Oath Keepers in Indiana, such as the outstanding Army veteran, Mark Cowan, are already standing guard outside schools in their state.  Mark has set the example for you to follow, so now it is time for you to also step up and get it done where you live.  Mark calls his effort "Operation We Got Your Six" and we are adopting that same name for this national effort.  Hat's off to Mark for leading the way.  Our brethren are already in the field! Why stand we here idle?  Let's roll.

Clearly, as President Trump stated, what should be done is to arm and train the teachers, just as is done in Israel.   That would provide the most effective deterrent and the fastest defense, since the teachers and staff are right there with the intended victims, and are already tasked with taking care of the kids.

Brilliant and Brave parent objects to Woke culture, soft racism, and the culture of fear at schools

It's an UpperClass thing: Labor have become The Australian Wokers Party and the workers are fed

Jim Jordan calls out Fauci on 'Ingraham Angle': Tell us when we get our rights back