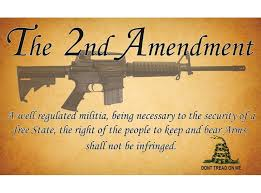 Rep. Tom Suozzi made the remark to constituents at a town hall last week, saying that folks opposed to Trump might resort to the "Second Amendment."

"It's really a matter of putting public pressure on the president," Suozzi said in a newly released video of the March 12 talk in Huntington. "This is where the Second Amendment comes in, quite frankly, because you know, what if the president was to ignore the courts? What would you do? What would we do?"

A listener then blurts out, "What's the Second Amendment?"

The left-leaning Democrat says, "The Second Amendment is the right to bear arms."

The spectators laughed — some nervously. Republicans were not amused.

"This video is incredibly disturbing. It's surreal to watch a sitting member of Congress suggest that his constituents should take up arms against the president of the United States," said National Republican Campaign Committee spokesman Chris Martin.

Jim Jordan calls out Fauci on 'Ingraham Angle': Tell us when we get our rights back

Where Are All the Bob Ross Paintings? We Found Them.

Are We Being Divided on Purpose? and Q&A