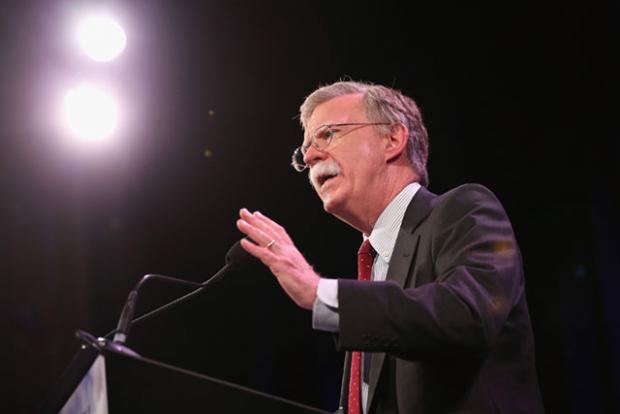 If a foreign military superpower invaded and occupied the US and annihilated 5 percent of the total population here, that would be 16,300,000 dead US citizens.

I witnessed the carnage firsthand in Iraq. I walked through freezers full of decayed bodies that were the detritus of Bolton's US empire project.

"We are confident that Saddam Hussein has hidden weapons of mass destruction [WMDs] and production facilities in Iraq," Bolton said in 2002 while he served as President George W. Bush's under secretary of state for arms control and international security. He did everything he could to prompt the launch of the US invasion -- under the pretext of WMDs that never existed.

Then, 12 years later, with 5 percent of the total population of Iraq dead, thousands of US troops dead and trillions of dollars of taxpayer funds bled away, he told the Washington Examiner that he still thought the Iraq War was worth it.