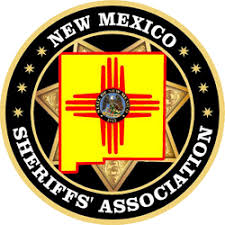 New Mexico has a new governor, and she really doesn't like guns.

In early December, the National Rifle Association (NRA) warned the citizens of New Mexico to expect "unprecedented attacks" on their Constitutional rights.

While the New Mexico Legislature will not convene for its 60-day Regular Session until January 15, lawmakers can start prefiling bills on December 17.  You will see unprecedented attacks on your Second Amendment rights from the word go.  Your NRA-ILA will alert you to bill numbers and provide links to the content of legislation as it becomes available.  But in the meantime, we want to share with you what we already know is coming.

Expect anti-gun politicians to introduce a slew of so-called "common-sense gun measures" — a misleading phrase that gun control activists use in hopes that the public and the media will avoid questioning the bills' enforceability, efficacy, intrusiveness or necessity. (source)

Unfortunately, the NRA's prediction was correct.

As of the time of this writing, six bills have been filed.

Here's a summary of each of the six bills.

The state House approved HB 8 last week, which aims to make it a misdemeanor crime to sell or transfer a gun in a private transaction without a background check performed by a third party. A Senate committee has passed their own version of the bill, slammed by gun rights groups, in a party-line vote. (source)

House Bill 35: This bill, sponsored by Representative Miguel Garcia, would require gun dealers to pay a $200 fee so that the New Mexico could screen every gun coming into their inventory for "potential theft."

House Bill 40: Also sponsored by Representative Miguel Garcia, this legislation would require criminal records checks on private firearms sales at gun shows. Gun grabbers tend to see gun shows as a particular threat, even though studies show that they are not a source of guns used by criminals. This bill – and HB 8 – would ban many or all private gun sales, and set the stage for a registry of gun owners.