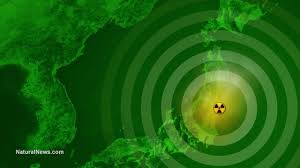 The eight year anniversary of the triple meltdowns at the Fukushima Daiichi nuclear facility passed mostly without comment in mainstream media circles. In spite of ongoing radiological contamination that will continue to spread and threaten human health for lifetimes to come, other stories dominate the international news cycle. The climate change conundrum, serious though it may be, seemingly crowds out all other clear and present environmental hazards.

As part of efforts to normalize this historic event and cover it up in its magnitude, the Japanese government has invested considerable financial, public relations and other resources into what they are billing the 'Recovery Olympics' set to take place in a year's time in Tokyo.

But Helen Caldicott warns that the dangers associated with Fukushima have not gone away and remain a cause for concern.

Dr. Helen Caldicott has been an author, physician and one of the world's leading anti-nuclear campaigners. She helped to reinvigorate the group of Physicians for Social Responsibility, acting as president from 1978 to 1983. Since its founding in 2001 she served as president of the US based Nuclear Policy Research Institute later called Beyond Nuclear which initiates symposia and educational projects aimed at informing the public about the dangers of nuclear power, nuclear weapons, and nuclear war. And she is the editor of the 2014 book, Crisis Without End: The Medical and Ecological Consequences of the Fukushima Nuclear Catastrophe.