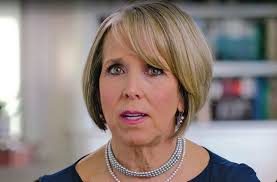 The radical-leftist governor of New Mexico, who sent National Guard troops packing in February, needs federal help now, it seems. She's in the Swamp to beg for funding as illegal immigrants overwhelm the state. After months of neglecting the border cities and towns, toeing the DC elite party line of no "crisis" here, and facing a veritable citizens' revolt in the Land of Enchantment, Governor Michelle Lujan Grisham is demanding federal government assistance for the dire situation – one she exacerbated through indifference to constituents.

And it comes on the heels of yet another county drawing a line in the sand and refusing any further influx of illegal immigrants seeking asylum. Sierra County, boasting a population 11,116 and a 21% poverty rate, joined Otero and Lincoln counties in passing resolutions opposing the relocation of migrants to their communities.

This isn't just happening in these three counties, either – it's an untenable and cruel situation being thrust on an impoverished state by government officials who seem to be mere puppets for the Democratic Party.