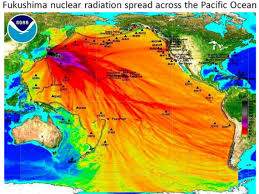 (Natural News) We first want to thank Fox News for FINALLY reporting on a subject that has been highly censored by the mainstream media for the past 5+ years, the situation in Fukushima, Japan is completely out of control. While Fox News recently reported that radiation levels at Fukushima were now at 'unimaginable levels' more than 5 years after the disastrous earthquake and tsunami struck, as Steve Quayle asked in an SQNote he left while linking to that story, why has the mainstream media been silent all of this time?

(Article by Stefan Stanford from Allnewspipeline.com)

We've long believed that 'reality' has a way of 'awakening' everybody and the stories recently coming across the wire over at ENENews have been mind-numbing the last few weeks to say the least. You can hear the Fox News report on Fukushima in the 1st video below while in the 2nd video, Mike Adams over at Natural News gives us a new update on the 'Fukushima radiation apocalypse' that has been steadily spewing poisons into our atmosphere for almost 6 years now with hardly a peep from the MSM.

In the most recent stories from ENENews, on February 5th they reported the heartbreaking news that a record high number of whale deaths had recently been reported surrounding the Hawaiian Islands with the sick and starving animals allegedly a 'mystery' to experts. Reporting that rotting carcasses were scattered throughout the islands, how can so-called experts NOT know that Fukushima poisons flowing into our oceans for years are most likely to blame?

As Adams tells us in his video, the sustainability of all life throughout the Northern hemisphere is in danger and the entire MSM up until now has been in a complete blackout mode except for this recent reports. Do CNN, MSNBC and the rest of them think that if they DON'T report upon Fukushima, what's happening to the fish and our oceans is 'fake news'? Do they think that because we can't actually SEE the radiation, it's not really there? The MSM's failure to report upon Fukushima may be the final straw that not only breaks the camel's back but puts that camel out of our misery.

For the past several years, we've reported horror story after horror story of sea life dying all across the Pacific Ocean and up and down the entire West coast, from Alaska to California. Also documented in great detail over the past several years by ENENews, with mass animal deaths all across the world being kept track of by End Times Prophecy, it's clear that the mainstream media has completely failed the American public on Fukushima.

Another recent story over at ENENews reports on Fox News' sudden admission that Fukushima is out of control, highlighting a few phrases used by Fox in their report that shows just how completely out of touch the MSM has been with reality over the past 5+ years. Their story also brings to light :

Fox News, Feb 8, 2017 (emphasis added): Adam Housley, who reported from the area in 2011 following the catastrophic triple-meltdown, said this morning that new fuel leaks have been discovered… He said that critics, including the U.S. military in 2011, have long questioned whether Tokyo Electric Power Co. (TEPCO) and officials have been providing accurate information on the severity of the radiation… He added that critics are now questioning whether the radiation has been this severe all along.

Fox News video transcript excerpts, Feb 8, 2017: "Experts believe melted fuel is leaking inside the plant almost daily… No one knew [in 2011] of the growing threat which today only continues to get worse… Wow, this is a crazy story… What some people are saying is, ' Has it been this bad since the beginning?'"

Abhorrence of Truth and Full Disclosure in Reporting

The NYT: Proliferator of Fake News Over Hard Truths

The Old America Is Dead. Where Do We Go from Here?

The Media is Lying About the 'Second Wave'