> Survey: Top Career Choice For American Kids Is To Be - Freedoms Phoenix 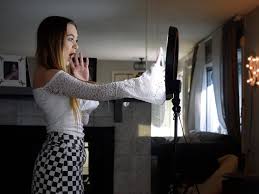 29% of American kids said they wanted to become a YouTuber, while 30% of children in the UK said the same thing.

The reality is that just like kids who aspire to be rappers, while anyone can technically be a YouTuber, the chances of success are minimal.

While no one is comparing making videos to working on an oil rig, the sheer workload it takes to establish a platform on YouTube is monumental.

Some would argue that wanting to become an astronaut is even more optimistic, but at least Chinese kids are striving towards something more worthwhile.