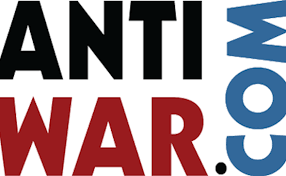 On September 11, the United States Court of Appeals for the 9th Circuit ruled in favor of Antiwar.com and against the FBI in the landmark case of Garris v. FBI (known as Raimondo and Garris v. FBI until Justin's death), and the court ordered the FBI to destroy records it collected during its unlawful investigation of our editors. The case and decision were well-described in The American Conservative, Courthouse News, our local paper The San Francisco Chronicle, and the AP. The complete text of the decision makes for very interesting reading, and even better is the video of the hearing before the 9th Circuit judges. Justin's column from August 22, 2011 provides his own unique perspective on the beginnings of the case.

It was a beautiful Saturday afternoon and it was my day off. Sitting in my rather neglected garden, as the late afternoon light sparkled golden on the tops of the plum trees, I put down my book – the 1995 edition of The Year's Best Science Fiction, edited by Gardner Dozois – with more than a little annoyance. I was smack dab in the middle of a short story, "Asylum," by Katharine Kerr, a tale about a future military coup in the US, written from the point of view of a particularly earnest liberal with faintly radical leanings. The main character is a woman writer who is abroad when the generals take over, and is marked as an enemy of the state on account of her book, Christian Fascism: Its Roots and Rise. Her San Francisco office is raided and her files carted away.

Armed Self-Defense Is Essential in a Free Society