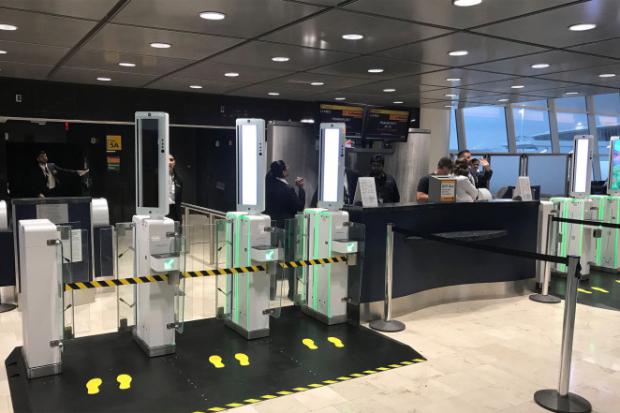 Lufthansa has deployed the paperless, high-tech boarding process – which uses facial recognition technology to verify travelers with a photo capture — at its largest US gateway at the Queens airport.

"It's become crucial for airports and airlines to adopt biometric capabilities along the processes which require interaction with the traveler, therefore enhancing and scaling operational capacity for growing quicker within their existing footprint," said Miguel Leitmann, the CEO and founder of Vision-Box, which brought the new boarding method to Terminal 1 through a partnership with US Customs and Border Protection and Terminal One Group Association.

The digital boarding process validates the eligibility of a traveler without having to present a passport or boarding pass.

When a passenger approaches a self-boarding gate, a biometric-enabled camera integrated in the gate captures the passenger's facial image.

You, Will, Be Forced to Comply: New York COVID Compliance Authority Issue

New York, New Jersey and Connecticut to impose quarantine on travelers from states

Roosevelt Statue To Be Removed From NYC's Museum Of Natural History

Murders Spike In NYC As Residents Flee For Suburbs

Video: New York cop is filmed 'bumping into a protester on purpose'...