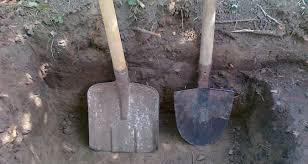 Let's get to the bottom line on all this "rate cut" nonsense.

The Fed made a fatal mistake in first promoting "fiscal" actions (during the 08 crash) and then continuing to support them well after the bottom in 2009.  This allowed Barack Obama to run trillion dollar deficits for years and, once he did so to push policies that were economically bankrupt (e.g. the ACA) and got them embedded it was faced with the reality of the creature of its own design.

It appears that Yellen thought she could leave her office with a belated "goodbye" of "normalization", after having been complict herself, and evade the impending blow up -- at least until after her chair had cooled off from her ugly ass sitting on same.

Powell not only ratified Bernanke's policy he doubled down on his and Yellen's insanity instead of putting up the middle finger when Donald Trump was elected.  By supporting Trump's crazy deficit spending ramp he managed to stick ~30% on the stock market at the cost of trapping The Fed, permanently, in financing deficits.

If there was no cost to the real economy or real people in doing this it would defensible.  But there is such a cost, and it falls on 90% of the population -- which owns only a tiny percentage of equities.  Worse, that cost falls not only on savers but those who have a fiduciary responsibility toward safety and return, which also typically have as their beneficiaries that same 90% of the population!

Then there's the impact on state and local governments who can't earn that return either and thus this ramps property taxes in response.  And while ultra-low rates seem to be good in some other places (e.g. home values) that's a chimera.

Let me explain: A boom in home prices screws basically everyone in the general public.

Think about it for a minute.

Of course the Realtor loves this because 6% of $300,000 is 50% more money than 6% of $200,000.  And the bank loves it too because they to charge a percentage interest on the principal, MSRs are typically computed not on a "dollars per loan" but as a percentage and similar.  The insurance company loves you too, because the higher "value" means premiums go up, since if the house burns or is hit by a tornado the loss is higher.  And the city loves it because millage is just a fancy word for percentage and they get it every year.

How do you win?  Well, only one way: When you die!  You see, if you move you sell your bubble house but you must replace it with something, and that's another bubble house!  The only way you "win" is when you don't need a place to live, which only happens when you croak.

Of course the persons who really lose are those who don't have houses already.  But don't think for a second that being a "homeowner" means you win from a housing bubble.  Nope.

Why in the Hell would you want housing prices to go up unless you're (1) a banker, (2) a Realtor or (3) a City or County official?  Nobody else wants prices to go up!

Why have not everyone, ex the Realtors and Bankers, rioted already and burnt to the ground both The Federal Government and Federal Reserve for this bullcrap?