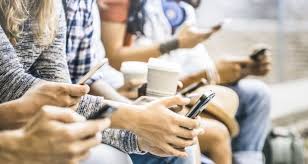 Students at a university in New York who took part in a test to go without their cellphones for a week reported that they felt refreshed, happier, more focused and more relaxed.

Participants at Adelphi University took part in the course in an effort to break their cycle of dependency and addiction.

One student, Jacob Dannenberg, said he had to go old school to get through the week, writing things down physically and using an actual alarm clock.

However, after the week ended he reported a complete turnaround in his life.

"I'm having a lot of better relationships… it's a stress-free environment no pressure about social media," said Dannenberg.

Adrianna Cigliano echoed the same sentiment, saying that without the phone, "I think it's really refreshing and relaxing… I was able to fall asleep a lot easier."

She also said that focus and concentration improved and that, "Doing homework was 100 percent easier. I got it done faster, and I was in the zone."